Students at Ohio Wesleyan University have the unique opportunity to apply for a grant that could fund research, internship, or creative projects anywhere in the world. The Theory-To-Practice Grant (TPG), part of The OWU Connection, opens a door to life-changing academic experiences students will remember forever.

Earlier this semester, some of those students shared a glimpse of their findings in an hour-long presentation for Theory-To-Practice Grant Week called People, Places, and Proposals. 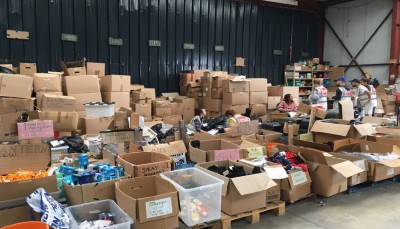 The group volunteered at refugee camps in France. “One of the things that struck me most was that the people that we visited were so surprised that there were people out there who cared for them,” Semmedi said. 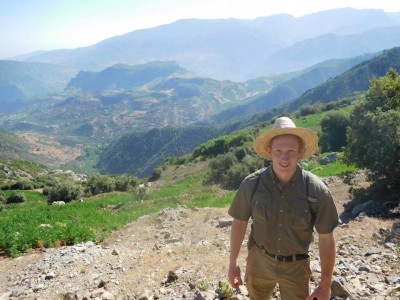 Durfee of Ithaca, New York, is majoring in environmental studies and medieval studies. He went to Morocco to study olive agricultural practices in a traditional setting. “Because of my TPG, I’ve come to understand a lot more about the world. About government and people relations, about government and indigenous people relations, activities of large corporations, and foreign investment,” Durfee said. “In general, I found myself focusing more on social justice issues.” 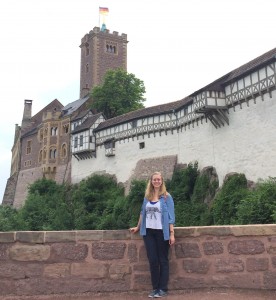 Payne of Hicksville, Ohio, is majoring in religion with minors in sociology and German. She traveled to Wittenberg, Germany, to study the experience of Christians in a city that is religiously significant but highly secular. “I was able to take a number of day trips to visit historical sites, many of which were related in some way to Martin Luther and his history,” Payne said. “I did this because I wanted to learn better how these would fit into the cultural landscape and into the history of the people who were living there.”

A Devil of a Disease - Tasmania, Australia
Larynn Cutshaw 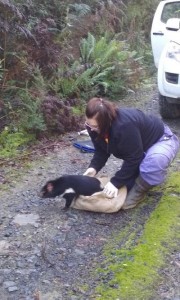 Cutshaw of Marietta, Ohio, is majoring in environmental studies and zoology. She traveled to Tasmania, Australia, for three months to intern with the Save the Tasmanian Devil Program, the premier conservation organization for the Tasmanian devil. Larynn spent the first half of her experience as a zookeeper for Tasmanian devils and the second half on a monitoring trip. “I actually got to get my hands on wild devils, which not very many people in the world have been able to do,” she said. 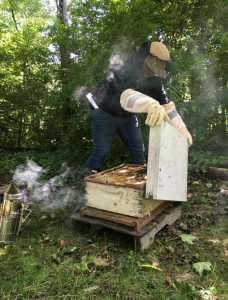 Deeter of Park Ridge, Illinois, is majoring in zoology and creative writing. She became inspired to start an on-campus apiary after shadowing a local beekeeper. She then used a Theory-to-Practice Grant to build an apiary, or a collection of beehives, on Ohio Wesleyan’s campus. “My advice to other students would be to not rule out small domestic grants,” she said. “What’s awesome for me is I basically decided from this grant that this is what I want to do for the rest of my life.”

Effects of Marginalization and Xenophobia in Europe: Cultural and Volunteer Experience in “El Gallinero” and “La Monachina” in Spain
Michael Mora-Brenes and Rosa Escobar 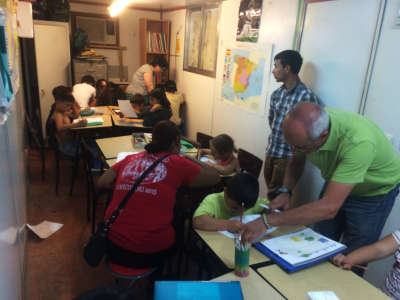 Mora-Brenes and Escobar of Los Angeles, California, a management economics major, went to two Roma, or gypsy, settlements in Spain to tutor children. “After seeing and experiencing the level of exclusion these people have to face, it got me wondering why we as humans tend to let those things that make us unique separate us and divide us,” Mora-Brenes said. “Despite our cultural differences, language barriers, and different traditions, we are all human and we all deserve to be treated equally and with respect.”