All screenings will begin at 6 p.m. in OWU’s Bishop Café, located on the lower level of Hamilton-Williams Campus Center, 40 Rowland Ave., Delaware. The films will include English subtitles and will be presented with introductions and post-viewing discussions led by Ohio Wesleyan faculty and students, including members of Allons-y!, the OWU French Club.

“This year’s theme is ‘strong female lead,’ which we have taken to refer not only to the masterfully crafted female protagonists of many of the features, but also to the women directors and scriptwriters who have produced the films,” said Ana Oancea, Ph.D., an assistant professor of modern foreign languages who is spearheading the festival.

“The features are artistically daring and thought-provoking, dealing with topics ranging from students’ unorthodox study methods for the baccalaureate in the Democratic Republic of Congo, the difficulties faced by female soldiers returning from Afghanistan, and a mother’s unexpected discovery of her talent for Arabic poetry,” said Oancea, who earned a nationally competitive grant from the French-American Cultural Exchange Foundation to support the festival. “We hope that this enjoyable selection appeals to a wide audience that also embraces members of the Delaware community.”

Films to be shown during Ohio Wesleyan’s 2018 Tournées French Film Festival are: 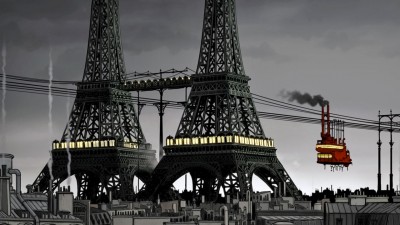 This one-of-a-kind animated adventure film ushers the viewer into an alternate reality in which the Bonapartes still rule France, electricity was never discovered, trees are a distant memory, and a steam-driven cable car connects Paris to Berlin. In this dystopic steampunk landscape, scientists have mysteriously disappeared for decades and April Franklin, the brilliant young descendant of a long line of chemists, is in danger of being next. 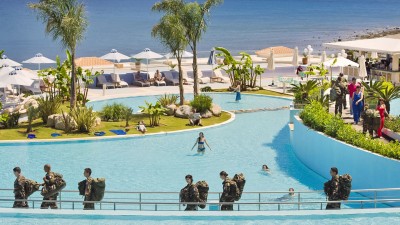 The second feature by the Coulin sisters confirms their talent for striking images by beginning with incongruous shots of camouflaged soldiers in the Greek vacation paradise of Cyprus: a French military unit has just arrived on the island for a three-day “decompression” stay in a five-star hotel before heading home from Afghanistan. While tourists bask in the sun, these men and women of France’s armed forces participate in group therapy sessions to work through traumas suffered on the field and prepare for life back home. 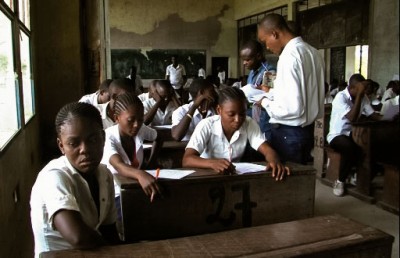 In the Congo, passing the national baccalaureate exam can save a young person from a life of manual labor and open the doors to university and a career. To fail the exam is to be fated to struggle for survival through menial work. As Congolese filmmaker Dieudo Hamadi’s documentary “National Diploma” so powerfully shows, the path to success in the national exam is full of challenges. 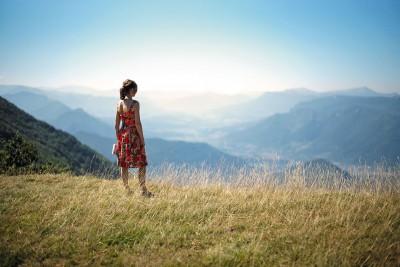 With the stunningly mature “Things to Come,” Mia Hansen-Løve remains faithful to her calling as a chronicler of the lives and loves of today’s educated Parisians, continuing to observe both the milestones in her characters’ lives and the everyday minutia that make her films so convincing and familiar. Working with Isabelle Huppert, Hansen-Løve creates a luminous portrait of a woman facing difficult changes in late middle-age, but who remains committed to her intellectual values and her mission to pass them on to her pupils. 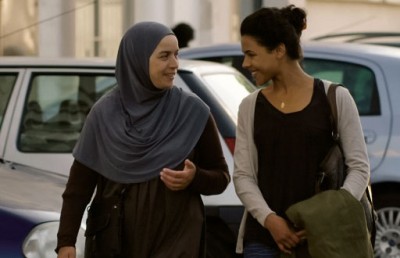 Philippe Faucon’s long-running project of making films about members of the French population traditionally left off-screen reaches a state of grace in Fatima, perfectly balancing sharp observation of the harsh realities of the immigrant experience with an inspiring story of individual resilience. Fatima is a middle-aged, divorced Algerian woman, cleaning houses and offices to provide her spirited teenage daughters with a better future. It takes a workplace accident for Fatima to finally pay attention to her own needs and discover a powerful means of expressing them through poetry. 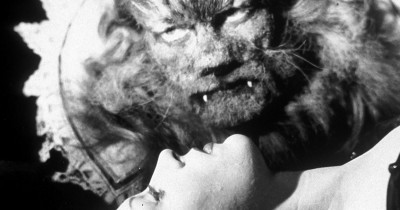 When the beautiful Belle volunteers to take her ruined father’s place as the prisoner of a mysterious Beast who lives in a castle on the other side of the forest, an unexpected romance blossoms between the reclusive monster and the innocent maiden. A defining influence on filmmakers as different as Ingmar Bergman and François Truffaut, this adaptation of the classic fairy tale by iconoclastic novelist, playwright, artist, and filmmaker Jean Cocteau is that rare film.

The Tournées Film Festival is a program of the New York-based FACE Foundation, in partnership with the Cultural Services of the French Embassy, which aims to bring French cinema to American college and university campuses. The festival is supported by the embassy, the Centre National de la Cinématographie et de l’Image Animée, the Franco-American Cultural Fund, the Florence Gould Foundation, Campus France USA, and Highbrow entertainment. Ohio Wesleyan’s screenings also are supported by the Office of Academic Affairs and Department of Modern Foreign Languages.