“We are now in the year 2023,” said Bankston, who also serves as chief executive officer of Gladden Community House, “and isn’t it amazing that the issues Dr. King was fighting for in the ’50s and ’60s are still so prominent today?”

Though people can be disheartened by systemic injustice and racism, he said, it’s important to remember that this, as noted by the theme of this year’s Delaware commemoration, “the continued march towards justice.”

“The reality is this work is never done,” said Bankston, who also encouraged the audience not to diminish the power of one in the quest for an antiracist world.

“There’s power in one,” he said, “and Dr King knew that. And it was that one speech on Wednesday, August 28, 1963, that one man dreamed so big that he changed the world. …

“I want you to leave here asking yourself, ‘What will I dream? And will I be brave enough to see it through?’ … This is our calling,” Bankston said, “to be brave and answer the call of courage to keep the dream alive.”

In addition to the annual breakfast commemoration, the Delaware County MLK Celebration Committee and Ohio Wesleyan also hosted an online panel discussion on Jan. 15 to explore the topic “From Civil Rights to Wakanda: An Exploration of Blackness & Media.”

Dawn Chisebe, OWU’s chief diversity officer, moderated the discussion, and began the conversation by explaining the goal of the event.

“We want you to walk away having a more clear understanding of what media is and how it influences all aspects of our lives,” Chisebe said, “while really centering the discussion on the ways that Black peoples are represented in and by media and the impacts of those representations.”

Asked why the topic was important, Daily, chair of OWU’s Department of Journalism and Communication, told the audience: “It is important because we live in a media-saturated world. We are inundated with media messages all the time. …

Both Bankston’s keynote address and the full panel discussion are available online for anytime viewing through the special events tab at owu.edu/stream. 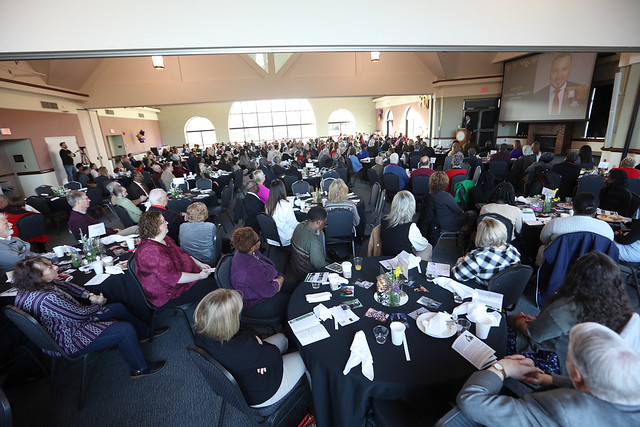