It was a great weekend to be a Bishop – of any age. More than 850 alumni and friends returned to campus May 18-20 to celebrate reunions of classes ending in 3 and 8.

Alumni enjoyed the chance to revisit campus, attend class parties and reunion dinners, and hear an update on Ohio Wesleyan today from President Rock Jones. They also participated in the traditional Parade of Classes down the JAYwalk, always a highlight of the weekend.

Other highlights of the weekend included: 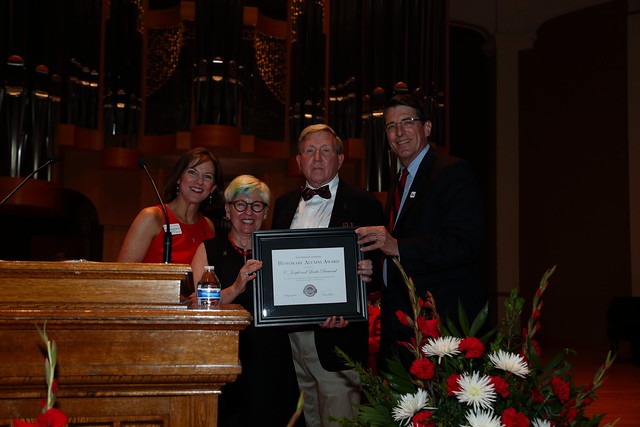 The Alumni Award for exemplary service to OWU was given to Patricia Belt Conrades ’63, Harry N. Faulkner ’63, Aaron L. Granger ’93, Denis B. Nock ’58; and the Young Alumni Award was bestowed upon Marija Ignjatovic Bateman ’03 and the Rev. Matthew Laferty ’08. 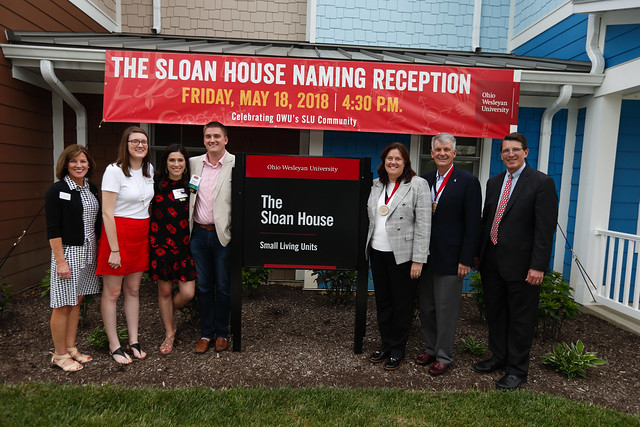 The campus celebrated a naming reception Friday for the newly christened Sloan House, the SLUplex at 94 Rowland Avenue.

The University was honored to welcome back former Board of Trustees member Tim Sloan and his wife, Lisa, as well as their children Andrew ’13 and Kathleen ’16, and daughter-in-law Samantha Simon Sloan ’14, to celebrate their $500,000 gift to name the current home of the House of Linguistic Diversity and House of Peace & Justice small living units.

The gift was in addition to their previous $1 million gift which, along with other support, allowed for the building’s construction in 2016. 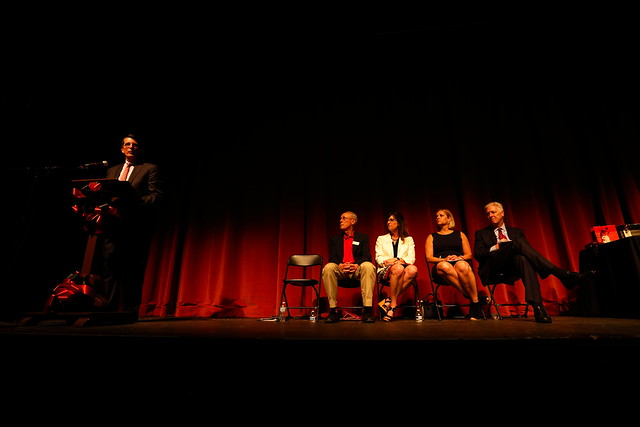 The campus also celebrated Friday the induction of two individuals and two families into the Founders’ Circle, which recognizes lifetime giving to the University of more than $1 million. Inductees included the late Richard Bump ’58 and late Laura Piece Bump ’58, Tim and Lisa Sloan, Board member Andres Duarte ’65, and the late James Morris ’44.

In addition, class dinners were held from classes from 1938 up through 2013 at locations around campus, allowing alumni and their guests a chance to reconnect, reminisce, and pose for a class picture.

The 50th reunion Class of 1968 drew the most alumni of any 50th reunion class in five years, with 132 classmates returning. Many attended a standing-room-only presentation given by classmate and New York Times best-selling author Richard North Patterson ’68, who presented “1968 and 2018 – History May Not Repeat Itself, But It Sure Does Rhyme.”

Recognizing that Reunion Weekend was just one big event taking place Saturday, a special early morning viewing party was hosted in Stuyvesant Hall to watch the royal wedding live. Dozens of guests gathered, some in tiaras, to ooh and ahh over fascinators, play royal wedding bingo, and enjoy the ceremony.

See all of the photos from 2018 Reunion Weekend.