Belief in scholarship, service, and supporting peers during their college years and beyond as alumni/ae, has been a tenet of membership, both in the past and today. These organizations play an important role in providing leadership training and support as each collegian progresses through their course of study.

Since 1853, when the first men’s fraternity was established at Ohio Wesleyan University, members of fraternities and in later years, sororities, continue to contribute to campus life. Beta Theta Pi was installed that year and others of the Miami triad from Oxford, Ohio, with Sigma Chi joining in 1855, and Phi Delta Theta in 1860. Other chapters established during this time include Phi Kappa Psi, Alpha Sigma Phi, Delta Tau Delta, and Phi Gamma Delta. Chapters established in the 1870s and 1880s included Chi Phi, Alpha Tau Omega, and Sigma Alpha Epsilon. The late 1920s and early 1930 saw Kappa Sigma and Tau Kappa Epsilon join campus. 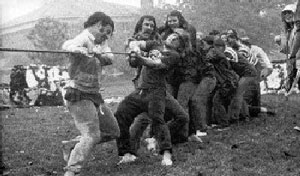 Between 1954 and 1963, the University built nine fraternity houses that provided housing for the men’s groups on Williams Drive, where many men’s groups currently reside. The land had been the grounds of the family home of Professor William G. Williams in the 19th century. Women’s groups colonized on campus in 1880 for a brief time, exited, and were welcomed back to campus in 1924. They were not permitted to live in housing, only OWU dormitories. From 1923 to 1925, 19 Greek letter women’s fraternities were established. In the 1950s, OWU assisted six sororities by providing University-owned land at West Central and Elizabeth Streets for their lodges. Several groups were already on West Winter Street.

In the 1940s and 1950s, nearly all students belonged to a Greek organization. In the 1960s, numbers declined due to rising student unrest mirroring national unrest. This era challenged membership policies, and Delta Delta Delta initiated the organization's first Black woman, Diane Petersen, class of 1966.

Throughout OWU's history, membership numbers see a natural ebb and flow as the campus community changes and evolves in response to the world around it. 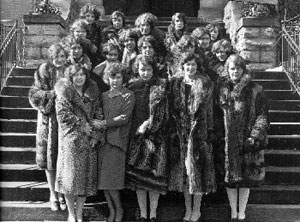 By the 1940s and 1950s, nearly all students were affiliated with a Greek organization. In the 1960s, those numbers declined due to rising student unrest mirroring national unrest. The era also challenged membership policies and the Delta Delta Delta chapter initiated their organization’s first African American woman, Diane Petersen, class of 1966.

In the 1970s, 55% of the men and 47% of the women were part of the community. University involvement increased to ensure non-discriminatory clauses were part of each organization. In loco parentis was no longer in place and students made their own decisions, often questioning authority. The 1980s saw a return to some school traditions and more students taking pride in their community. Social activism and responsibility brought new events to campus, including the President’s Ball. 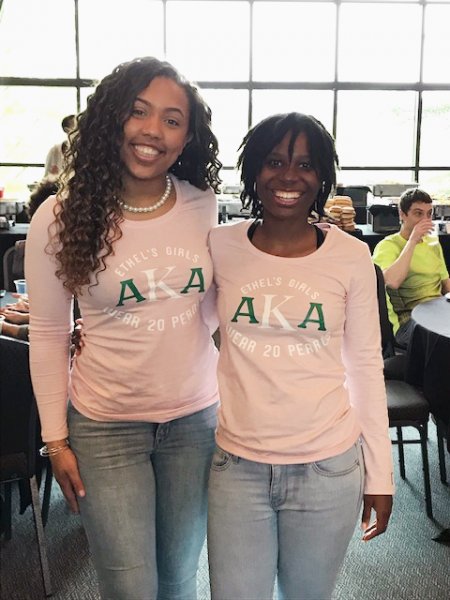 During the 1990s, 53% of the student body belonged to 13 national fraternities and eight sororities. National Pan-Hellenic Council, the official coordinating agent for the nine historically Black Greek-letter fraternities and sororities, began to recruit on campus. The fraternity houses on “The Hill” continued to be the hub of much campus social activity, with parties, formals, mystery dates, and dinners. The Alumni Interfraternity Council formed in the early 1990s to provide guidance and support and fostered cooperation among men’s groups.

Greek groups in the 2010s continued their member support and remained active in campus events including service projects and sponsoring interesting speakers. Heritage Day 2013 honored the 160 years of service and contributions to campus life. 2017 saw the formation of the women’s Panhellenic house on Williams Dr. with four residents of each sorority in residence living together.

The first female chairman of the Board of Trustees in 1994-98 is Helen Crider Smith, class of 1956, and a member of Delta Gamma. The late Caroline Redrup Adams, class of 1930, served as the first woman president of the Alumni Association in 1938 was a member of Kappa Alpha Theta.

The Greek Alumni Award recognizes alumni/ae who have devoted time, energy, and talents to the fraternity and sorority community. It was first awarded to David Hamilton Smith, class of 1953, member of Delta Tau Delta, in 1990-91 and now bears his name.

The Grand Chapter of Delta Sigma Theta Sorority, Inc. has a membership of over 200,000 predominately African-American, college-educated women across its 900+ chapters.

Alpha Phi Alpha Fraternity, Incorporated was the first Black intercollegiate Greek-letter fraternity. Today it has a membership of over 200,000 predominately African-American men across its 700+ chapters.

Alpha Kappa Alpha Sorority, Inc. (AKA) is the first Greek letter organization in the United States established by Black college women. AKA has a membership of over 300,000 members and graduate and undergraduate chapters representing every U.S. state and several foreign countries.

Watch the Video
Focus on Service— The Delta Sigma Theta Sorority, Inc. was founded at Howard University by black women who felt that a sorority should be primarily designed around service. Ohio Wesleyan University. (1990). Le Bijou [Yearbook].

The Delta Sigma Theta Sorority, Inc. was founded at Howard University by black women who felt that a sorority should be primarily designed around service. Ohio Wesleyan University. (1990). Le Bijou [Yearbook].

The men of Alpha Phi Alpha are united in style and committed to social action in the black community.  Ohio Wesleyan University. (1989). Le Bijou [Yearbook].

Rich History— The men of Alpha Phi Alpha Fraternity once again made their mark on the Ohio Wesleyan campus, recognized for their commitment to service, campus involvement, and excellent leadership. Ohio Wesleyan University. (1991). Le Bijou [Yearbook].

The men of Alpha Phi Alpha Fraternity once again made their mark on the Ohio Wesleyan campus, recognized for their commitment to service, campus involvement, and excellent leadership. Ohio Wesleyan University. (1991). Le Bijou [Yearbook].