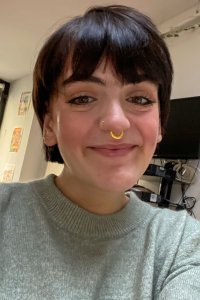 Why Did You Choose to Major or Minor in Film Studies?

I chose to major in Film Studies because I have always had a passion for film and movies and, during my time in college, I realized I also had a passion for making the films and writing screenplays, so I decided that this was the route I wanted to take to learn more about these passions.

Can You Talk About Your Passions and Interests?

My passions include reading, writing and learning. All of these intertwine in film for me. Through my work, I love to portray the Human Story because I am such a big proponent of empathy and I think that the best way that we can empathize with others is by realizing that we all have a story and we all have a story that’s worth hearing.

What Do You Enjoy the Most About the Program?

I enjoy the program so much because the requirements are so diverse to make sure you get as well-rounded of an experience as possible. There is so much that comes with Film Studies and I think that Ohio Wesleyan does a fantastic job emulating it through its program for Film Studies. With International studies and Art being on the table for things you can study through this program, you are really getting the full picture and becoming a balanced individual while you're at it.

I plan to use these skills to hopefully work somewhere where I am ABLE to use these skills. If that doesn't end up being the case, I would like to make/write my own movies and produce them, getting them out however possible. But I also believe that, even if I never end up doing Film at all, the skills that I learn from this program are highly transferable to any field so it will not have been for naught.

Are You Planning to Complete an Internship or Participate in Another OWU Connection Program?

I am currently doing the New York Arts Program where I am interning for a film festival, getting to help select the films screened and critique them, get in contact with directors and plan the event. It is an amazing program because I get to do all this while living in the city. I couldn't recommend the NYAP enough. 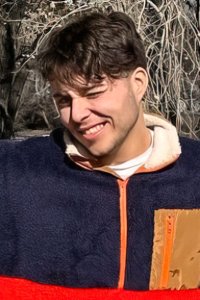 Explain Why You Chose to Major or Minor in Film Studies

I chose a major in film studies because when I was a freshman I became deeply obsessed with cinema. From a standpoint of writing and directing, I knew there was nothing else I was interested in doing. That, coupled with Ohio Wesleyan's wide connections, choosing this major was an easy decision.

Talk About Your Passions and Interests

I am extremely passionate about cinema. The medium of film, in my opinion, is the greatest form of creative expression. I've always felt a deep pull towards creation and artistic brilliance, and once I found the feeling that exists in screenwriting, I became addicted. Steven Spielberg once described it as, "the closest thing I've ever felt to flying," and that is absolutely how I feel about the filmmaking process. I am also very passionate about the Los Angeles Lakers and Hip-Hop music.

During my Junior fall semester, I participated in the New York Arts Program through Ohio Wesleyan. Through NYAP, I landed two different internships in New York. The first internship was with a production company, Atlantic Pictures. In this internship I served as an Office Production Assistant.The work varies in the film industry so one day I would be balancing Uber receipts in the office, and the next I would be on set in Bruno Mars' New York city studio. The second internship I completed was with acclaimed independent filmmaker Caveh Zahedi. I would meet with Caveh one on one and I served as an assistant editor. Majority of responsibilities included handling and cutting footage.

What Have You Enjoyed Most So Far About the Film Studies Program?

The things I have enjoyed most about the film studies program at Ohio Wesleyan have been the films we've been able to watch and being able to make my films. More importantly, the ladder. Being able to practice turning something from text to finished product has not only been extremely helpful in terms of honing my craft, but also from a standpoint of gathering assets for my portfolio.

I see myself utilizing these skills quite frequently after I graduate. I will be working in the film industry and eventually I will be directing my own films so having this foundation so early on has been instrumental for my growth as an artist. 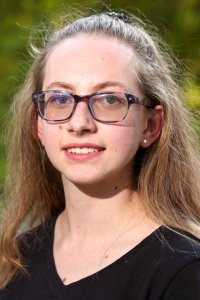 What Was Your Motivation to Join the Film Studies Program?

I chose to major in Film studies because I had always had an interest in film, but I didn't realize that it was something I could pursue academically or professionally until college. I had already started taking classes in Spanish and Dance that had sections focused on film creation and analysis. I decided to look more into the possibility of film studies as a minor, but as I went on in the program, my interest grew and I decided to take on the major in order to get more experience with the critical analysis and creative production of film.

What Are Your Passions and Interests?

I am interested in the technical production and creative meaning behind cinematography in both narrative and abstract film work. I am interested in how it would be possible to combine my interests in dance and film by creating dance films allowing viewers access to a perspective and level of intimacy with the work that is impossible to express on stage.

What Do You Enjoy Most About the Film Studies Program

I enjoy the opportunity the program provides to explore and intertwine all of my interests as I navigate the world of film.

I have spent the past semester (Fall 2021) working with Dr. Eva Paris-Huesca at the Hispanic Film Festival and through this experience I have had the opportunity to research, analyze, and understand films from around the world.

My current post-graduate plans include freelance editing and translation during a gap year as I find a consistent job. After my gap year, I hope to attend graduate school and possibly a technical film school. 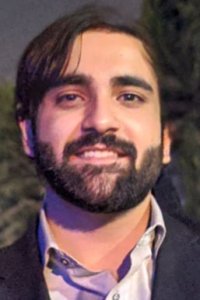 Explain Why You Chose to Major or Minor in Film Studies

Ohio Wesleyan's curriculum requires us to have a very diverse range of areas to study. I took theater as a minor and stumbled upon a few film courses along the way. The film department's faculty helped rekindle the love I had for cinema and music production. I currently hope to take advantage of the opportunity the department provides by going to New York for the OWU sponsored Art Program, The NYAP to complete my major and get a hands on experience that I never really thought I would get before.

Talk About Your Passions and Interests

Music has been a hobby that I probably put most of my free time in. I love playing the guitar and producing a little bit of original music. The dream is to put a few songs out there soon, I believe studying the media and marketing industry are a sustainable way to stay tuned with my passion.

Are You Planning to Complete an Internship or Participate in Another OWU Connection Program?

My last few semesters will focus on the film aspect of my degree. With NYAP in sight I believe I can really explore my options as a film major, but also as a musician.

My hope is to build a career in the entertainment industry with the diverse portfolio I hope to have by the end of my degree. 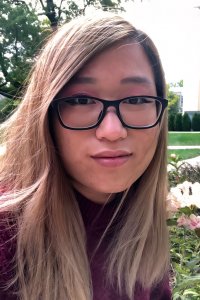 What Was Your Motivation to Join the Film Studies Program?

What Unique Viewpoints Has Your Film Studies Major Given You?

What Opportunities or Experiences Have You Gained By Participating In OWU’s Film Studies Program?

I really value my time in making films, as opposed to viewing them. I think the work that goes into thinking out and then executing a vision is hard work. I especially like how films are really big group projects, and everyone has new ideas to bring to the table, even if scheduling through schoolwork and COVID-19 is hard sometimes.

Tell Us About One Project You Feel Very Proud Of

I think my favorite project to date is my sophomore Documentary, “I Am A Banana”. Because this was formed around my identity, and my own experiences as an Asian American, I really feel like this is a topic that is relevant to today’s America.

Are There Any Standout Classes You Have Taken in the Program?

I think the best classes are the simple ones. The Intro to Film was great because it gave an overview of the history of film, but also explored multiple aspects of film in contemporary movies.

What Do You Find Most Compelling About Being a Film Studies Student?

I definitely encourage all students to examine film with the same intensity that they analyze books or scientific studies.

Do You Have Any Advice to Students Considering a Major/Minor in Film Studies?

You don’t need to buy every instructional book for every class. The first book that explains all the different shots, angles, lighting, and whatnot should be enough for all your film classes. Or ask the library/ your professor for their old books. Certain techniques for documentary or more out-there forms of filmmaking will become apparent to you in those classes and should be taught by a prof. Books about analyzing film are also moot, as the best way to learn how to do that is through practice and reading film reviews/analyses. Storytelling in film is comparable to storytelling in other mediums, so a book specifically about that is not going to be any more useful than others. Watch YouTube essays on this, because they incorporate the visual aspects of film with their instructions.