"We have a moral responsibility to future generations to join with all of humanity to reduce greenhouse gas emissions and fight manmade climate change." 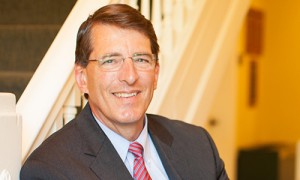 In June 2017, I signed the We Are Still In declaration on behalf of Ohio Wesleyan University, promising that Ohio Wesleyan would remain committed to the Paris Agreement to strengthen the global response to the threat of climate change, even if the United States pulled out of the agreement.

As the United States officially withdraws from the Paris Agreement on November 4, we proudly reaffirm our commitment to it.

At the time I signed the We Are Still In declaration, Ohio Wesleyan was one of 183 colleges and universities to have joined that commitment. We are encouraged that during the past two years the We Are Still In compact has grown to include more than 400 colleges and universities and more than 3,500 other U.S. cities, states, businesses, and other organizations. Clearly, support across America is strong and unwavering for the Paris Agreement and for doing all we can to slow and halt global warming.

The We’re Still In document states in part: “It is imperative that the world know that in the U.S., the actors that will provide the leadership necessary to meet our Paris commitment are found in city halls, state capitals, colleges and universities, investors and businesses. Together, we will remain actively engaged with the international community as part of the global effort to hold warming to well below 2℃ and to accelerate the transition to a clean energy economy that will benefit our security, prosperity, and health.”

We have a moral responsibility to future generations to join with all of humanity to reduce greenhouse gas emissions and fight manmade climate change. Climate impacts are already evident globally with rising seas, drought, and severe fires. The looming crisis could be infinitely more damaging than this pandemic and affects people of color and those living in poverty most severely. We are fighting to protect human health, the global economy, national security, and life as we know it. Climate change is an existential threat.

We urge our nation’s leaders to reverse course and not only rejoin the 186 other nations that have ratified the Paris Agreement but also become a leader in bringing together governments from around the world to overcome humanity’s greatest challenge.