"We can put 'America First,' only if we first put America at the international negotiating table in good faith to talk with our global community about our many options for tackling climate change." 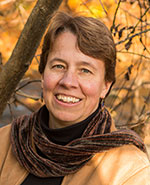 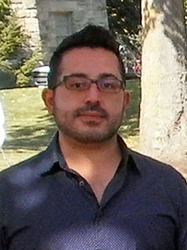 Our world has shrunk so much in this age of global markets and global climate change that it’s time to update John Donne: No nation is an island unto itself.

Our planet is an integrated physical and biological system. When it comes to the global climate, the nations and people of the world are fully integrated.

It is simply unreasonable for the United States of America to back away from the Paris Climate Agreement, not so much because of the specific details of the voluntary commitments made by 195 out of 198 of the world’s nations, but because of its collaborative nature, and because it represents a truly global commitment to make progress as one people.

The Paris Climate Agreement is not the end-all answer to the problem of climate change, but it’s an important step in the right direction – and it represents the spirit of international cooperation that is essential to working toward a global solution. President Trump’s decision to sit this one out brings peril to our planet, to the U.S. economy, and to our nation’s reputation as a global citizen.

Defining the problem of climate change has been a massive and collaborative scientific effort. Understanding the global climate system and its complexity requires extensive research on how the sun’s energy strikes the Earth’s surface, the chemistry and history of oceans and ice sheets, the compounds and motions of the atmosphere, the collective workings of the world’s biomes and soils, and how human activities interact with all these systems. Over the last several decades, scientists have sounded the alarm about this global problem only after thousands of studies in many different disciplines came together to show a pattern – that the current atmospheric warming, driven by human activities, has the potential to change the planet in ways that could profoundly negatively affect human livelihood in many parts of the world.

Yet, the science was the easy part. It is devising a fair, ethical, economically viable solution to climate change that will be the true intellectual triumph of the human race, and we should be part of that triumph.

We can put “America First,” only if we first put America at the international negotiating table in good faith to talk with our global community about our many options for tackling climate change. The solutions will require the ideas and creativity of all disciplines – the humanities, the social sciences, and the natural sciences – and all stakeholders – from small island nations that are already becoming uninhabitable due to rising seas to larger, richer nations whose wealth depends, for the moment, on an energy-intensive economy built on fossil fuels.

There are many reasons to be optimistic: Renewable energy is becoming cheaper, new technologies allow us to capture carbon and switch to cleaner fossil fuels and create new jobs, and new methods of agriculture allow us to save carbon in the soil and produce more food with less land, leaving more wildland to serve as a carbon sink. But, if we are not there to share our views and vision for the future, the world will, and should, proceed without us, and without regard for how new climate policies will affect our nation.

We are deluding ourselves if we think we can act alone in a world that is more intensely interconnected than ever before, particularly with regard to environmental issues. Carbon dioxide and its effects know no borders.

The only good thing that has come out of President Trump’s refusal to be part of the Paris Climate Agreement is that so many entities are stepping up fill the void – states, cities, businesses, and universities, including our own, Ohio Wesleyan University, have pledged to uphold the Paris Climate Agreement, even if there is no commitment at the national level. Polls show that most U.S. citizens want to be part of the agreement, in contrast to the views of the president. Most citizens recognize the value of engaging meaningfully in a global conversation about climate change, even if they differ in how to address this problem.

As a people, we understand that we are no island.
---
Laurie Anderson is Professor of Botany-Microbiology, and Nathan Rowley is Assistant Professor of Geology & Geography.