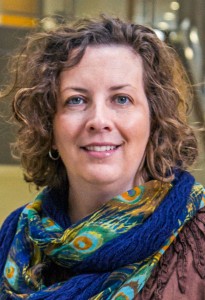 Shala Hankison’s research explores the role of animal behavior as an evolutionary mechanism, particularly in fishes. She focuses on how sexual selection, especially female mating preferences, interacts with other mechanisms to shape population divergence and speciation. By comparing natural and sexual selection, one can better understand the interaction of these forces in shaping the diversity of organisms we see around us. In addition, she is interested in variation in parental behavior and how that variation influences the behavior of offspring. This question has important implications as we strive to understand the interplay between nature and nurture.

She approaches these questions through both experimentation and behavior observation using multiple species of fishes, primarily sailfin mollies and threespined stickleback. By designing behavioral experiments in the laboratory, she is able to focus on specific behaviors of interest and understand the role of that behavior in an animal’s larger repertoire.

Hankison serves as Ohio Wesleyan’s liaison to the Columbus Zoo and Aquarium, and she coordinates the Science Lecture Series.

For more information on Shala Hankison, view her Curriculum Vitae.