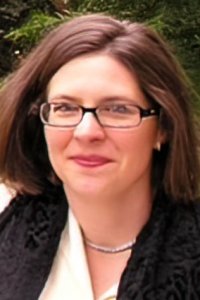 Patricia DeMarco joined the English department in 2000. She is a specialist in late medieval literature in England and France, with particular interests in the romance tradition and the poetry of the Ricardian court, including that of Chaucer and Gower. Her current book in progress is a comprehensive study of literary depictions of war (private, public, holy) and the changing place of vengeance in the identity of the “chivalric classes.” DeMarco’s research has been published in peer-reviewed publications such as Speculum and Studies in the Age of Chaucer. In 2004, she was awarded Ohio Wesleyan’s Sherwin Dodge Shankland Award for outstanding teaching, and in 2005 she was the recipient of Teagle Foundation funds for the advancement and assessment of student learning.