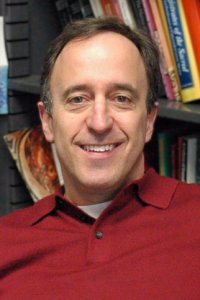 Jeremy Baskes is a specialist in the colonial economic history of Mexico and offers the department’s courses on the history of Latin America from ancient times to the present.

He is author of the book Indians, Merchants and Markets: A Reinterpretation of the Repartimiento and Spanish Indian Economic Relations in Late Colonial Oaxaca, Mexico, 1750–1821 (Stanford University Press, 2000), which examines the economic and social relations of Spaniards and indigenous Mexicans in the late eighteenth century.

Stanford University Press also published his second book, Staying Afloat: Trade and Uncertainty in Spanish Atlantic World Trade, 1760–1820. Released in summer 2013, this monograph is an examination of Spanish imperial trade and the ways in which merchants addressed endemic risk and uncertainty in transatlantic commerce.

Baskes’s articles have appeared in Journal of Latin American Studies, Journal of Economic History, and Colonial Latin American Review. Baskes has been the recipient of numerous research fellowships, including three Fulbright awards and a National Endowment for the Humanities. Read his complete CV.