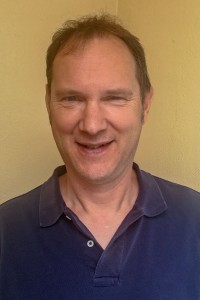 Mark P. Gingerich, the James S. Britton Professor of European History, was born in Beirut, Lebanon, and raised in Cambridge, Massachusetts. He has lived, traveled, and studied in the United States, Europe, and the Middle East. Gingerich specializes in the era of the World Wars and offers a variety of popular courses on modern European history.

While earning his doctorate at the University of Wisconsin-Madison, Gingerich became the first recipient of the Citation for Distinguished Service as a Teaching Assistant in European History. At Ohio Wesleyan University, he has received the prestigious Sherwood Dodge Shankland Award for the Encouragement of Teachers and was selected Faculty Member of the Year by OWU’s Greek Society.  In 2007, he spent a semester as a Visiting Professor at the Center for Russian Studies at Bilkent University in Ankara, Turkey. Gingerich served as the Associate Dean of Academic Advising during the 2010–2011 academic year.