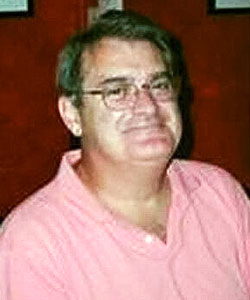 Richard F. Spall joined the faculty at Ohio Wesleyan University in 1984. He was Book Review Editor of The Historian, one of the largest scholarly history journals in the United States. He attended Hanover College and earned his B.A. in history at Wittenberg in 1977. He completed an M.A. in British and modern European history at the University of Illinois in 1979 and received his Ph.D. from that same institution in 1985. His fields are the history of Britain and the Empire/Commonwealth since 1688, the history of England to 1688, the history of modern Europe, and historiography.

Spall’s research interests concentrated on Victorian Britain with emphasis on political, intellectual, social, and economic history. He has published on such topics as the court of Queen Victoria, free trade, radicalism, and liberalism.

The winner of teaching awards at Ohio Wesleyan and elsewhere, Spall taught Foundations of Modern European History, Foundations of Historical Thought, The Reformation Era, Economic History, The Making of Britain, British History Since 1688, several topical courses in British history (such as Legal and Constitutional History, Victorianism, The Radical Tradition, and The Crisis of Tudor-Stuart England), as well as Senior Research Seminar.

As Book Review Editor of The Historian, Spall oversaw the publication of more than 300 book reviews annually in one of the nation’s leading historical journal with a student staff of more than two dozen Editorial Assistants and eleven Regional Subeditors at other universities. Each semester, Spall offered internships in the Book Review Office of The Historian to qualified students.

Spall also served on the editorial board of H-Albion. He lives in Delaware with his wife, who is a teacher, and two sons.