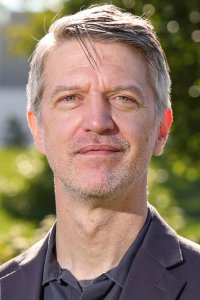 Professor of Mathematics and Computer Science

Craig Jackson joined the Ohio Wesleyan faculty in the fall of 2009, having previously taught at the Ohio State University for two years as a postdoctoral researcher. He teaches a wide variety of mathematics courses including calculus, discrete math, algebra, and analysis, as well as topics in knot theory, representation theory, and topology. He particularly enjoys topics that blend two or more areas of mathematics together, e.g., algebraic topology or geometric representation theory. He is also interested in mathematical biology and mathematical models of climate.