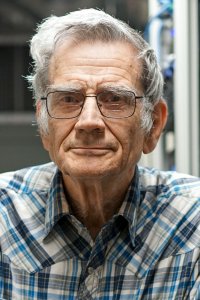 Harold Wiebe, whose doctorate is in Mathematical Physics, joined the department in 1970. He has been actively involved with the evolution of computers since 1961 and teaches courses in operating systems, computer organization, networking, and applied mathematics.

Outside of the department, Wiebe is the Director of the Computer Center. This position brings him into regular contact with the entire Ohio Wesleyan community and allows him to cultivate his professional interests in implementation and management of computer systems.

Outside of work, Wiebe is a homesteader, owning a small farm. He loves classical music and pursues this interest through singing, studying music theory, composing, and arranging.