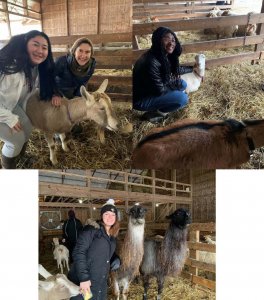 John Stone-Mediatore was awarded the Bishop Kearns Faculty of the Year Award. 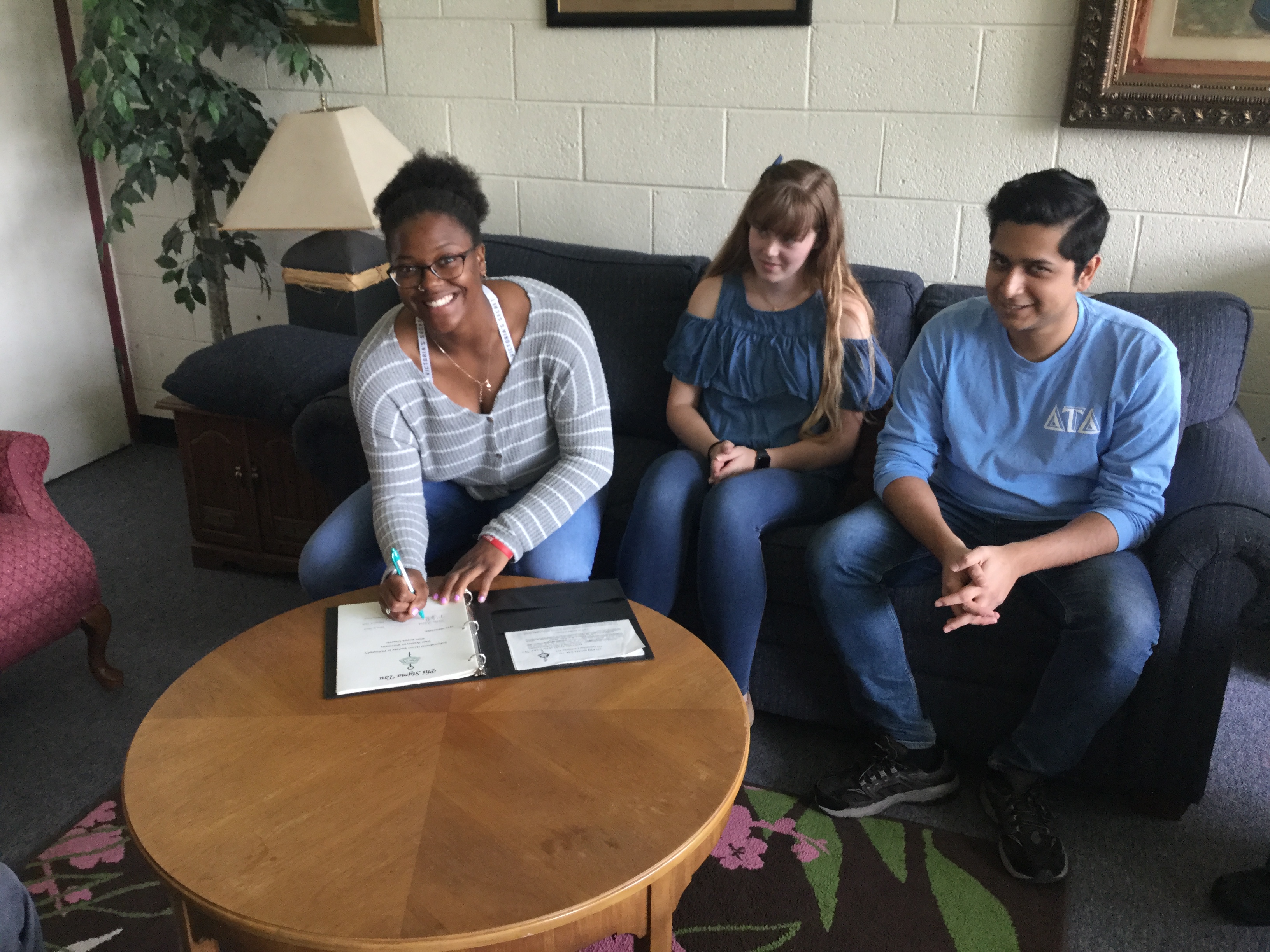 Curry Carr presented his paper, "The Irrational Appeal of the Punishment Paradigm: How 'Tough on Crime' Subverts Reason and Empathy" at the OWU Student Symposium.

Shari Stone Mediatore published, "How America Disguises its Violence: Colonialism, Mass Incarceration, and the Need for Resistance Imagination," as the lead article in Critical Review of International Social & Political Philosophy

Dr. John Stone-Mediatore presented papers at the last two international conferences for New Directions in the Humanities.   In July 2017, he presented a paper on fascism and postmodernist literature at Imperial College in London.  Last summer he presented a paper on “post-truth” political consciousness at the University of Pennsylvania.   In February of this year, he was honored to receive a “You Are OWU” award for his teaching.

Shari Stone-Mediatore testified at an Illinois State Legislature hearing on parole. Her report on the hearing was published as the lead article in the newsletter, Stateville Speaks. 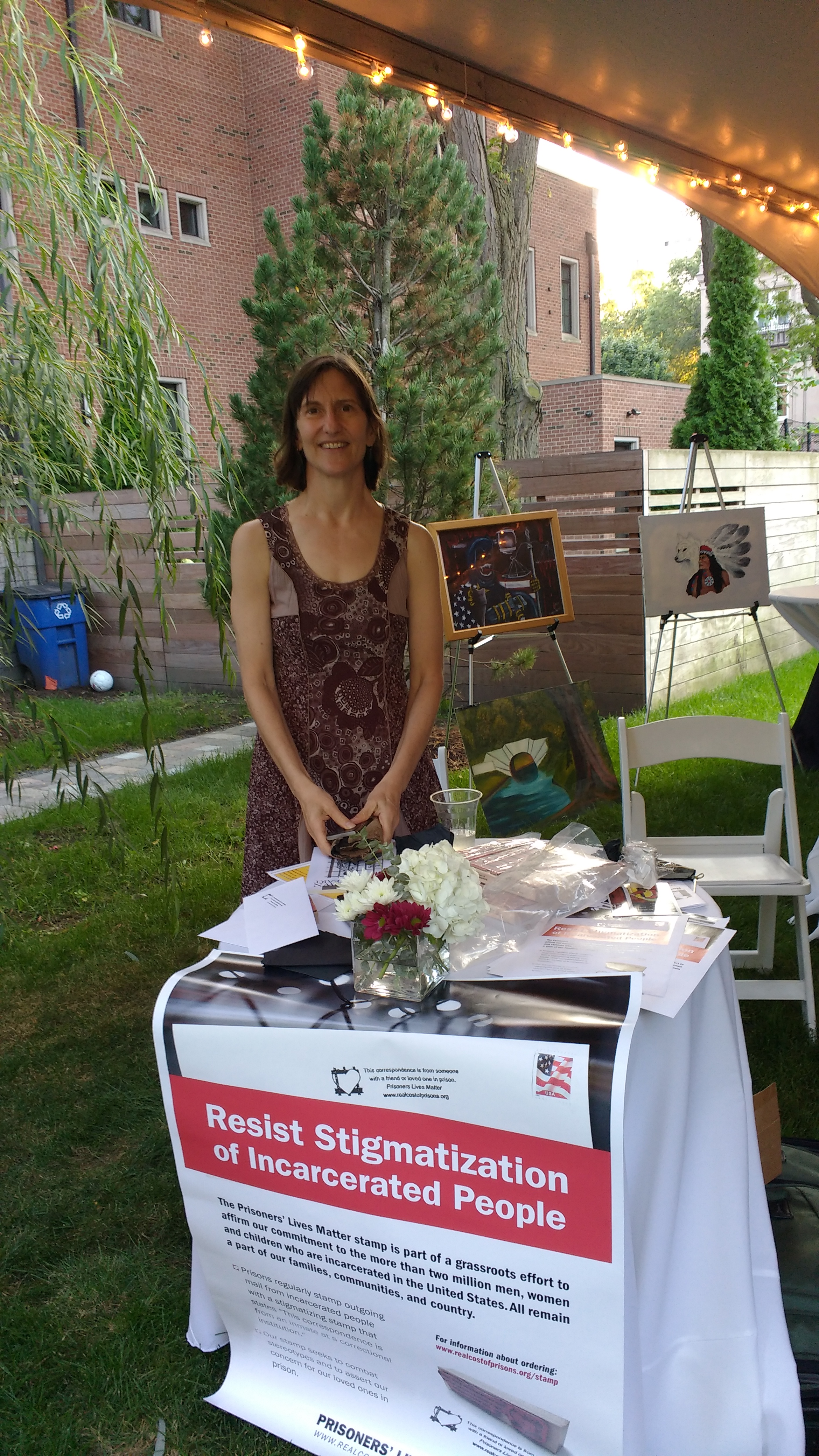 In August, Professor Shari Stone-Mediatore was invited to a fundraiser in Chicago to display a project she has initiated to help resist stigmatization against people in prison. 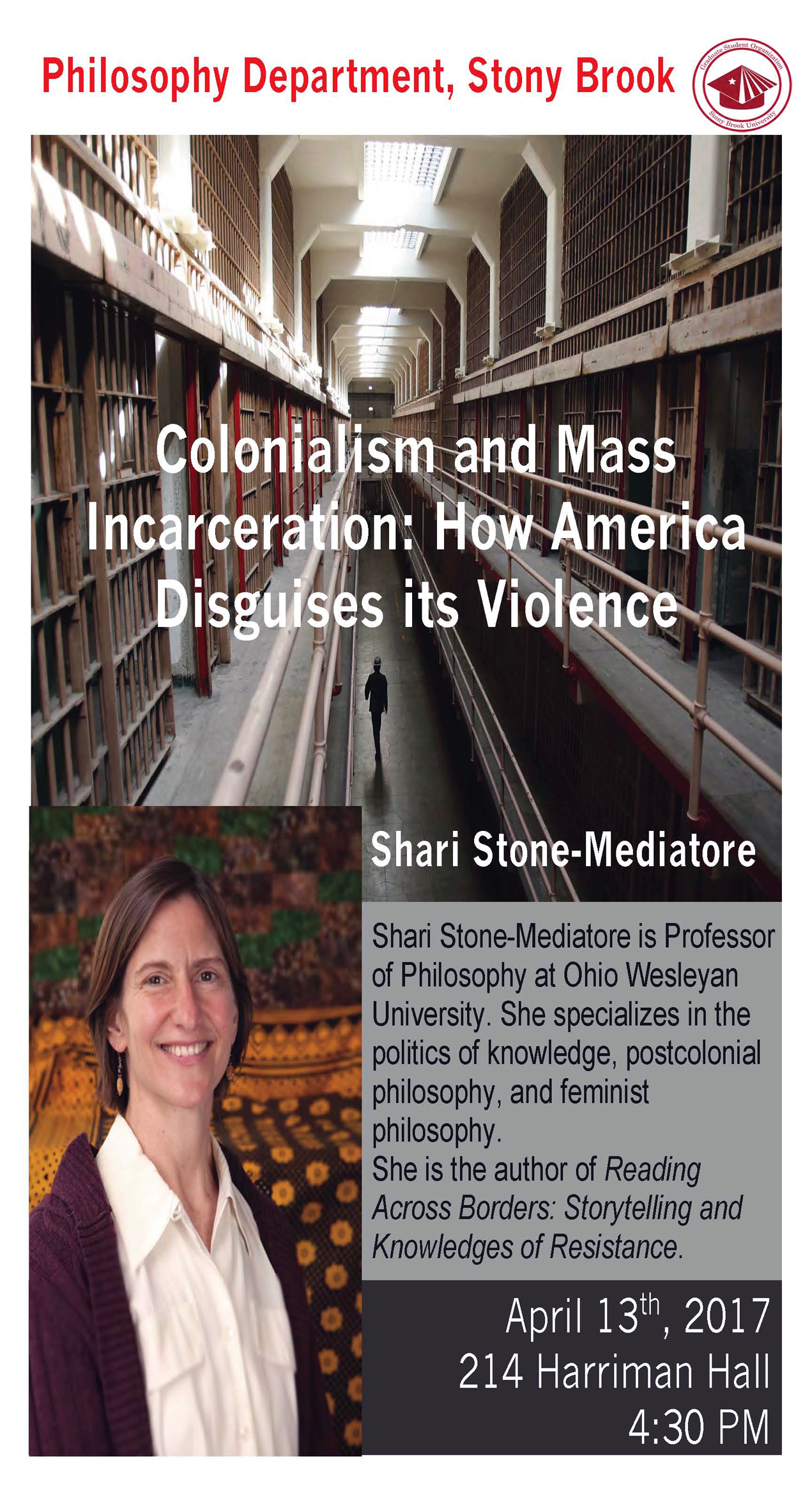 In July, Dr. John Stone-Mediatore presented a paper on fascism in postmodernist literature at the New Directions in the Humanities Conference at Imperial College, London, UK. 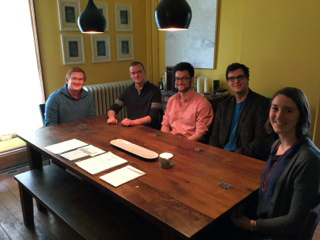 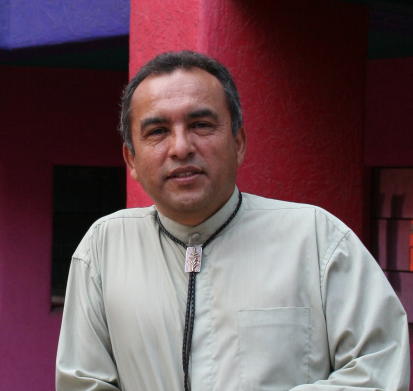 Dr. Roberto Cintli Rodriguez, Mexican-American Studies professor at the University of New Mexico and award-winning journalist, specializing in coverage of police violence against people of color, will be visiting the Social & Political Philosophy class.

Professor Shari Stone-Mediatore will be participating in a book panel on, Sovereign Masculinity: Gender Lessons from the War on Terror, at the annual meeting of the American Philosophical Association in Washington, DC.

Professor Erin Flynn presented his paper, “Strategic Fouls and an Exculpatory Conflict of Duties,” at the annual meeting of the International Association for the Philosophy of Sport in Cardiff, Wales.

In April, senior-seminar participants Miles Pecken and Luke Peters presented their research papers, “What Makes a True Proposition True?” (Pecken) and “The Irrelevance of Free Will and Moral Responsibility” (Peters). 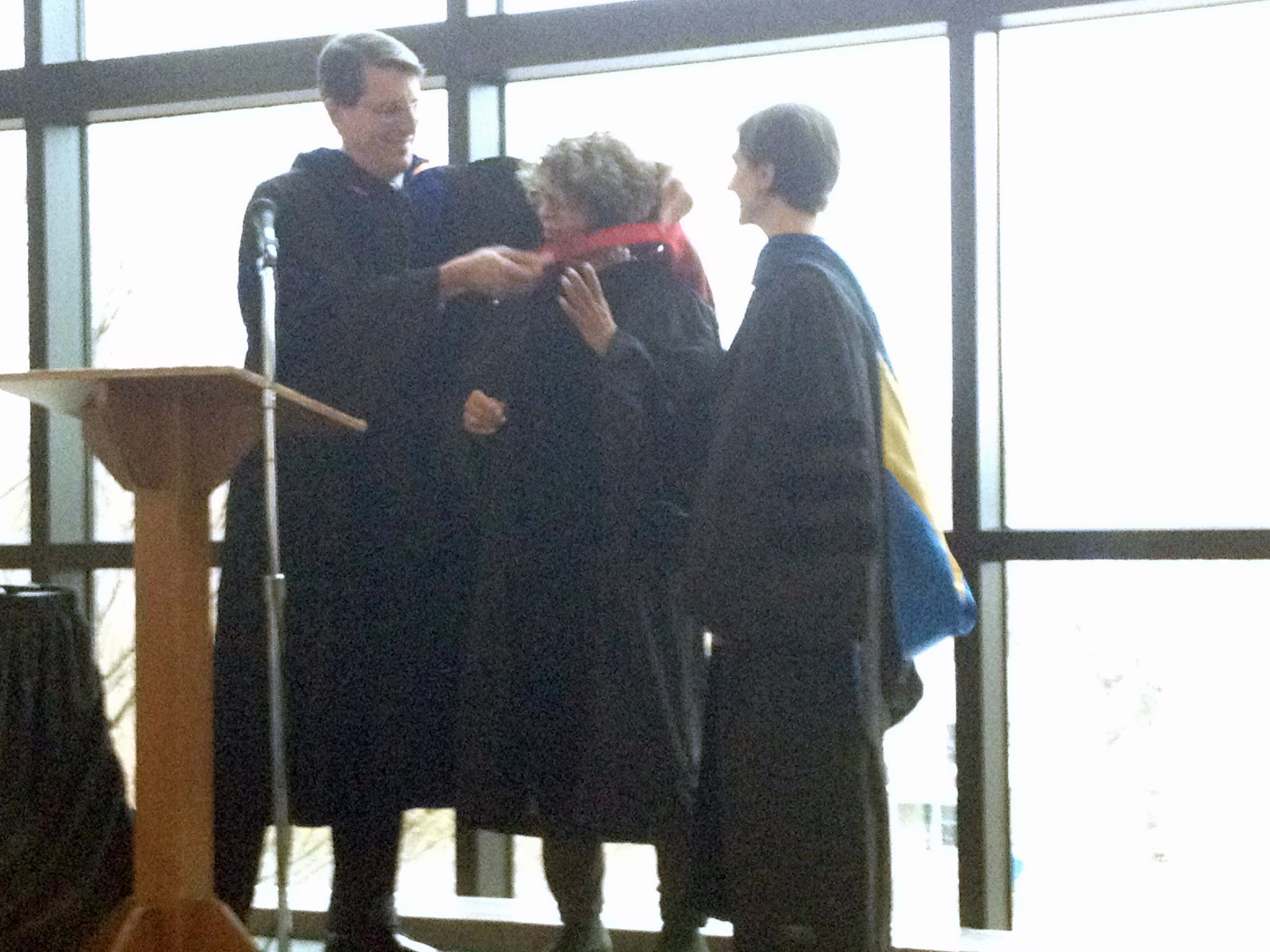 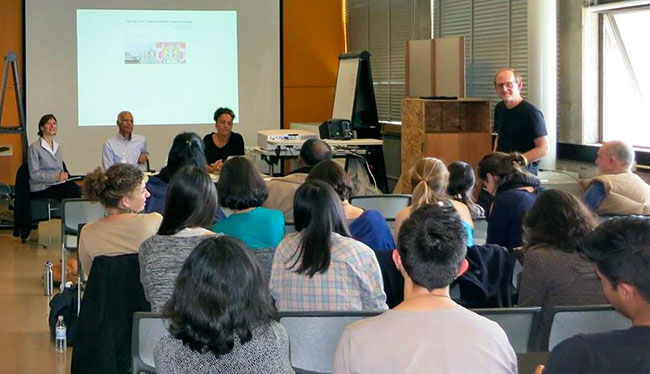 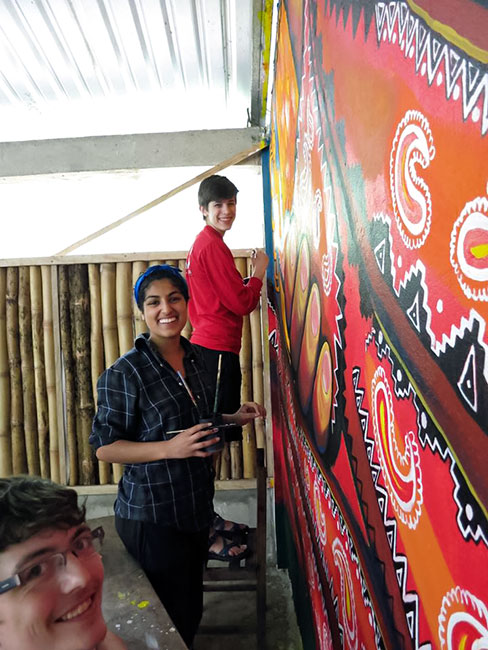 During spring break, Professor Shari Stone-Mediatore’s “Modernity & Colonialism” class traveled to Chiapas, Mexico, where they lived in a Zapatista community, learned about indigenous philosophies, and participated in a mural-painting project with internationally known muralist/community-activist, Gustavo Gutierrez.

In March, Azalia Hernandez, of the Fray Bartolome de las Casas Human Rights Center in Chiapas, Mexico visited a philosophy class to discuss her first-hand experience with human-rights struggles of indigenous Mexicans. The Philosophy Department together with Women’s & Gender Studies Program also organized a campus lecture by Ms. Hernandez. View the flier for this event.

In April, Professor Erin Flynn represented philosophy in the Honors Board Raft Debate.

In April, Philosophy Department Senior Presentations featured “Arendt on a Typical Failure to Think: Could Evil Truly be Banal?” by Ariel Hirsh; “Toward a Socially Constructed Ethic,” by Hank Owings; “Plato and Aristotle on My Little Pony,” by Artemis Mittman; and "Putnam and Brains in Vats,” by Cody Pearce.

In September, Professor Erin Flynn presented his paper: “On the Skill Thesis” at the International Philosophy of Sport annual conference in Fullerton, CA.

In October, Professor Shari Stone-Mediatore presented her paper, “Attending to Others: Simone Weil and Epistemic Pluralism” at the Feminist Ethics and Social Theory conference in Tempe, Arizona. 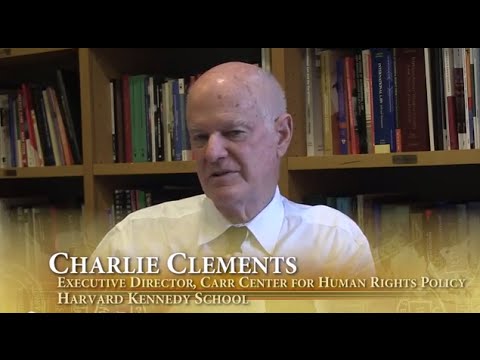 In November, internationally known human-rights activist and Executive Director of Harvard
University’s Kennedy Center for Human Rights
Policy, Dr. Charlie Clements, visited two philosophy classes to speak about his human-rights work in El Salvador, which is the subject of the award-winning documentary, Witness to War. The Philosophy Department also organized a campus lecture by Dr. Clements. View the flier for this event.