"But evidence now shows that dog evolution was a little different than just human selection from wolves. Curly tail, floppy ears, and even barking were likely evolutionary accidents!" 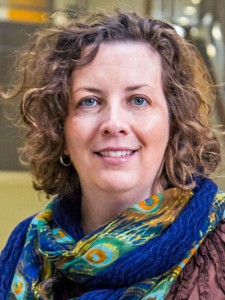 Have you ever wondered about your dog? I mean really wondered? What makes it so cute? So loyal? So much a part of your family? What about its background? Owners of pure-breds might know their dogs’ bloodlines, but many of us don’t even know that.

If we go back far enough, we know wolves were involved and, if you are like most people, think that we selected our dogs’ traits from there. But evidence now shows that dog evolution was a little different than just human selection from wolves. Curly tail, floppy ears, and even barking were likely evolutionary accidents!

Recent studies suggest, in fact, that wolves started the domestication process themselves. Certain wolves with lower levels of adrenaline, a hormone involved in the fight or flight response, were more likely to closely approach human villages. These “less flighty” individuals were able to take advantage of food scraps and perhaps even shelter. Over time early humans may have recognized the usefulness in having these animals around to keep the settlements cleaner or drive away rodents. They may have started feeding and sheltering favorite individuals.

But what about those curly tails or floppy ears? Research on silver foxes has shown that breeding those individuals with lower adrenalin levels gives us foxes more likely to solicit human contact due to lower flight responses, yields offspring with curly tails, white markings, even barking and playful behavior that lasts into adulthood.

It turns out that a decrease in adrenaline impacts other genetic paths that not only change hormone levels, but change the physical appearance of the animals, as well. And these physical and behavioral changes remain, even if fox puppies are switched at birth raised by parents with different hormones. This means that foxes are not simply learning their responses to humans from mom, but are born with differences.

What does this mean for our dogs?

Well, as some wolves started interacting with humans, those with the lowest adrenalin levels were most likely to be successful, beginning the process of domestication, even without selective breeding. Over time, breeding these low adrenalin wolves resulted in a new species, dogs, some of whom had floppy ears, curly tails, barked and played.

This likely happened just from selecting those individuals that were more approachable, or tame, and not trying to breed for any of these traits directly. Of course, more directed breeding for specific traits occurred from there, but many of the beloved traits of our “best friends” were more accident than action.

Think about the luck of having these adorable characteristics next time you pet that dog (or goat or rabbit) with floppy ears!