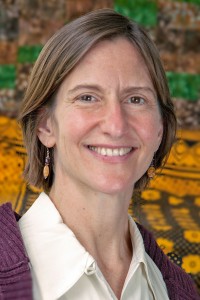 Shari Stone specializes in the politics of knowledge, a theme she has pursued through Kant, Marx, and Arendt as well as feminist philosophy, Latin American philosophy, and narrative theory. Having turned to philosophy after several years of public-interest and human-rights work, she also is particularly interested in drawing on philosophical texts to throw light on contemporary social problems. Her book, Reading Across Borders: Storytelling and Knowledges of Resistance (Palgrave Macmillan), inspired the theme for the 2004 New Jersey Project on Inclusive Scholarship and Pedagogy, at which she was the keynote speaker. Her work appears in journals including Hypatia, The Journal of Global Ethics, and The National Women’s Studies Association Journal. She was a Mellon-Grant guest-lecturer at St. Louis University and also has guest-lectured at Northwestern University, Wooster College, and University of California, Berkeley. At Ohio Wesleyan, she teaches courses in Social & Political Philosophy, Ethics, Environmental Ethics, Feminist Philosophy, Critical Thinking: Ideology Critique, and topical courses such as Modernity & Colonialism. She received a Great Lakes Colleges Association New Directions Grant to study intercultural education and has led student trips to Honduras and Chiapas, Mexico.

Select Publications
(most available at academia.edu)

Dr. Stone’s philosophy class from Ohio Wesleyan University studied the Zapatista community in Chiapas, Mexico, for a first-hand look at an indigenous community and it's endeavors to build a more just and inclusive democracy.