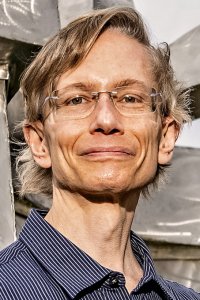 Perkins-Howard Professor of Physics and Astronomy

In addition to teaching courses in theoretical physics as well as in theoretical and observational astrophysics, he utilizes OWU’s Perkins Observatory for classes and research, including the study of starspots. He mentors undergraduates conducting research during the summer, the results of which often are presented at regional and national conferences.