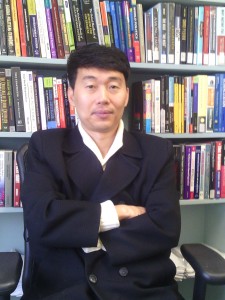 Choi completed his Ph.D. at Purdue University, where he taught introductory courses in International Relations and Comparative Politics as an independent instructor and won a Graduate Student Award for Outstanding Teaching in 2007. A native of South Korea, Choi earned a B.A. in Philosophy at Yonsei University and his M.I.S. (Master of International Studies) with top honors at Sogang University, both in Seoul, Korea. Further, he went on to earn his M.A. in Political Science at the University of Kansas, where his M.A. thesis passed with honor.

Choi is attracted to developing policy-relevant theories grounded in a systematic study of historical patterns and experiences.  His research interests are in the rise and fall of nations or great powers, building bridges between rationalism and constructivism, the politics of economic and financial globalization, East Asian regionalism, the rise of China, and Korean politics and economy. He published numerous articles in peer-reviewed scholarly journals and has presented many articles at national and international conferences and workshops hosted by the U.S. Department of State. His media appearances include All Sides with Ann Fisher (a live radio talk show, NPR FM radio) and Voice of America (a Washington-based international radio network).

“A Comparative Analysis of Economic Regionalism in Europe and East Asia: A Historical Institutionalist Approach,” Journal of International and Area Studies, Vol. 19, No. 1 (2012): 59–77.

“Rethinking Economic Development and the Financial Crisis in South Korea and the State in an Era of Globalization,” Journal of Third World Studies, Vol. XXVI, No. 2 (2009): 203–226.