In recognition of Butler A. Jones’ tenure at Ohio Wesleyan University, his contributions to the field of sociology and race relations, his involvement in the civil rights movement, and his commitment to the development of other scholars and professionals, the Department of Sociology/Anthropology established the Butler A. Jones Lectureship on Race and Society in September 1995 and unveiled a Butler A. Jones bust in Elliott Hall in April 1999. 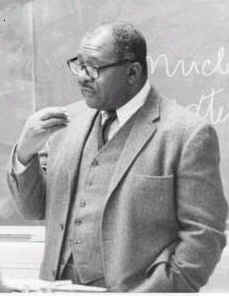 Butler A. Jones graduated from Morehouse College in 1937, earned a master’s degree at Atlanta University and a Ph.D. from New York University. Before coming to Ohio Wesleyan University, Jones taught four years at an Atlanta high school and nine years at Talladega College in Alabama. Jones taught at Ohio Wesleyan University from 1952-1969 and headed the sociology department for eight of those years. He was named chairman of Cleveland State’s sociology department in 1969 and retired as professor emeritus in 1982. He also served visiting professorships at NYU, Oberlin, and other colleges, and was a member of 28 professional associations.

Jones assumed leadership roles in many of those associations. He founded and served as president of the American Association of Black Sociologists and was chapter president of the American Association of University Professors in three different institutions, including Ohio Wesleyan. Jones also served as chairperson on numerous organizations including the American Sociological Association, North Central Sociological Association, Society for the Study of Social Problems, the Cleveland Music School Settlement, Cleveland Community Action Against Addiction, the Delaware Civil Rights Committee, and the Cleveland Federation for Community Planning.

In contributing to the quest for equality among races, Jones submitted ten briefs to the U.S. Supreme Court in cases involving equal treatment of all citizens and completed background research for the 1940 Carnegie-Myrdal Study of African Americans. 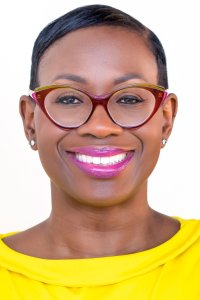 “The Hook-Up: How Race and Class are Soulmates for Life” lecture by Nina Turner, groundbreaking Ohio politician and former co-chair of Sen. Bernie Sanders’ 2020 presidential campaign.