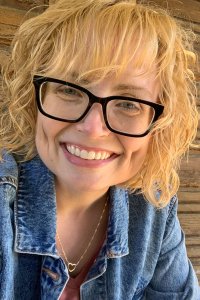 March 29, 2020
Why has our response to climate change been so slow? Why does our social safety net remain woefully stingy compared to other democratically elected countries? Why weren’t we better prepared for this pandemic?

Policymaking is infused throughout with politics. Shared ideas about policies, their framing rather than just their substance, play a large part in determining their success. Frames surrounding universal healthcare provide a useful example. For some, it represents socialist attempts to allow government between a doctor and a patient; for others, access to free healthcare represents a human right. Deva R. Woodly notes that successful social movements change the narrative surrounding their proposed policies by framing their ideas as common sense. For example, she notes the marriage equality movement gained steam by appealing to the shared belief that we all should be able to marry whomever we love the most.

The importance of framing does not mean that substance and events do not matter. Policy experts anticipate and wait for “focusing events” to occur, for “policy windows” to open, for new frames to support their policy substance amid winds of change. Scholars such as Anthony Downs; Michael D. Cohen, James G. March, and Johan P. Olsen; John W. Kingdon; Frank R. Baumgartner and Bryan D. Jones; and Elaine C. Kamarck all document long periods of policy stasis followed by sudden, large-scale, legislative change. This speed would be impossible without the blending of crisis with already-existing policy solutions.

Even dominated by politics rather than reason, large-scale legislative change is possible. This may be one of those times. Already, ideas long brewing in the “policy soup” are rising to the surface: universal health care, universal basic income, paid leave, childcare.

Unfortunately, we cannot predict what major changes will occur, if any, beyond the bandaid (but costly) law passed March 27. So far, I will say this: It is unclear to me that policymakers are blending politics and policy satisfactorily. Readers are likely familiar with the limiting policy frame that we must balance saving lives against saving our economy. Many policymakers accept the framing and push back only by saying, “We must put saving lives over saving the economy.” With such statements, policymakers grant the either-or framing, a ridiculous balance—as if one could plausibly save the economy in a country with hospitals currently too overstuffed to guarantee access to basic healthcare.

I would advise policymakers to do more than dispute such limiting frames. We must write new ones. If healthcare as a right doesn’t cut it, what about the fact that a society where one person cannot seek care is a society where no one is assured health? That is an appeal to common sense, if ever I heard one.

Whatever happens, policymaking isn’t rational. I submit as evidence the president’s recent suggestion that we aim to pack churches and restart the economy by Easter. This idea has since been abandoned, but even at the time it was proposed, it was clear such a notion flew in the face of all expert models and advice. We can only hope that in these trying times, crisis greases the wheels of change, and opens the window for a welcome breeze of policy expertise.

Franchesca Nestor is an assistant professor of politics & government whose research focuses on public opinion and racial and ethnic representation.