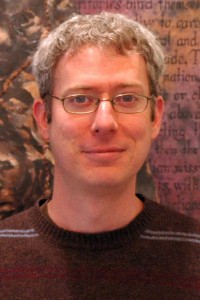 The novel coronavirus has spread rapidly around the world and seems certain to affect every country. As we have seen, the contagiousness and relatively high hospitalization rate of COVID-19 pose a challenge to even the most developed countries, yet some countries have been far more successful (so far) at slowing the spread of the virus than others. This virus emerged in Wuhan, China, and the virus spread rapidly, killing over 3,000 people, but drastic quarantine measures were eventually able to contain it. South Korea, Singapore, Taiwan, Japan, and Hong Kong have so far been able to contain the virus, and deaths in these places (as of March 29) range from two in Taiwan to 152 in South Korea. In contrast, by this same date, Italy has experienced over 10,000 deaths, and several other countries are over 1,000.

It is still early in this pandemic, and the full effect of the virus will not be known for months or even years, but my field of comparative politics suggests several variables to consider in understanding the efficacy of different governments’ responses to this threat.

One of the most basic distinctions in political systems is what type of regime prevails: authoritarian or democratic. China is clearly authoritarian, and the government used these unrestricted powers to contain the coronavirus. They restricted travel into and out of the area around Wuhan and put the millions of residents there essentially under house arrest. Individuals with fevers were required to leave their homes and be tested for COVID-19 and potentially placed in separate quarantine facilities.

The Chinese Communist Party is now touting their success in slowing down the virus as an endorsement of their political system. Indeed, some Western liberal democracies, such as Italy, Spain, and the United States, are now struggling with slowing down the virus. However, democracies such as Taiwan, Japan, and South Korea have had much greater success in containing COVID-19 thus far. They achieved this with massive testing and quarantines of individuals who test positive and their contacts. Another reason to doubt that authoritarian regimes are innately better at responding to epidemics is the rapid spread and over 2,000 deaths in authoritarian Iran.

Furthermore, China itself illustrates a problem with authoritarian regimes—restrictions of information that might reflect negatively on the government. In China, local officials covered up reports of the new disease, and the first doctors who posted online about their suspicions of a new virus were scolded by police for rumormongering. These coverups allowed the virus to spread.

The greater success in government responses in East Asia suggests that culture may be an important variable. The Asian Values Debate arose in the 1990s over the argument by certain scholars and Asian leaders that the more collective Asian culture balances individual rights against duties to the community while Westerners put individual rights first. There have been many critiques of this argument—Asian cultures are not uniform, and cultures change—but this could explain why governments in East Asia would have more success implementing difficult quarantining policies, as people in these countries may be more willing to accept government tracking of their phones to enforce quarantines and may be more compliant with social distancing policies. Another possibility, though, is that many of these Asian countries experienced major outbreaks of the SARS epidemic in the early 2000s, causing them to take this new virus much more seriously.

Another possible factor slowing Western responses is the growth of populism. Populist politicians claim to represent “the people” against elites who have neglected the people or are actively conspiring against them. Populists in the West have often portrayed experts as part of this elite, suggesting that they cannot be trusted. One recent study identifies U.S. President Donald Trump and the Five Star Movement, which currently shares control of government in Italy, as populists (Kyle and Meyer, 2020). This distrust of experts could help explain the slow response to the coronavirus threat by these governments. So far, Germany, led by the clearly unpopulist Angela Merkel, has experienced relatively few deaths from COVID-19. Of course, it is still early, so a conclusive answer must wait.

A final variable suggested by comparative politics does not help explain the differences we see so far, but will probably be tremendously important as the virus spreads. This is state capacity.  The term state here has roughly the same meaning as the term government for most Americans.

Strong, high-capacity states can prevent rampant crime, provide effective infrastructure, and provide complex services, such as health care, to their citizens. At the weakest end of the spectrum are failed states that cannot enforce basic law and order, much less provide these other services. An effective response to a pandemic requires a strong state. The state must have the personnel and resources to test individuals and quarantine those who test positive. They must also provide resources to hospitals to treat life-threatening effects of COVID-19. It does not help that weak states tend to be poor and the weakest are prone to civil war.

One attempt to measure state capacity is the State Fragility Index, which measures various indicators from 10 (most fragile) to 0 (least fragile, or greatest capacity). One of these indicators measures the provision of public services, such as health and infrastructure. China gets a score of 5.1, roughly in the middle of the distribution. The United States scores 1.2, South Korea 1.3, and Italy 3.0.

As I mentioned, state capacity does not have an obvious effect yet, because most coronavirus cases are in countries in the top half of state capacity. This is probably because these countries, due to their higher state capacity, have the capability to test and track the effects of this virus. Low-capacity states are much less able to test and respond to the virus, and their weaker health systems will be more easily overwhelmed. Therefore, the relatively poor, weaker states face the greatest threat going forward.

As stronger, wealthier states get their footing in response to the corona virus, it is crucially important that they provide assistance to these more vulnerable countries.

Jim Franklin is a professor of politics & government. His primary research interests are political repression, political protest, and democratization.