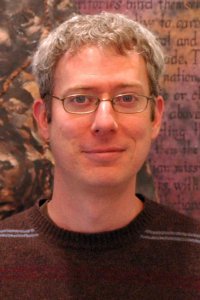 James Franklin is a Professor of Politics and Government. He teaches a wide variety of courses, such as Latin American Politics, Comparative Political Issues, and topical courses on Democratization and on Protest and Political Violence. His primary research interests are political repression, political protest, and democratization. He has published articles in a variety of social science journals, including Comparative Political Studies, International Studies Quarterly, and Political Research Quarterly, where one of his articles was named the best paper of the year in 2009.  He is currently pursuing a new research project examining the causes and consequences of democratic revolutions around the world.  He has also been part of a research team that traveled to Mexico to examine ongoing economic and political changes.

Outside the classroom, he enjoys listening to and playing music. He is a drummer and has played in a variety of bands. He also enjoys spending time with his wife (also a political scientist) and two children.