"Because of this swift action, large-scale tests were possible for early detection within only a couple of weeks of the first identified case." 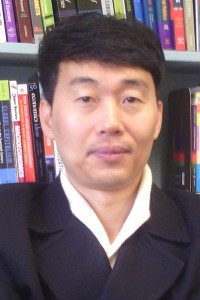 April 6, 2020
The coronavirus outbreak has revealed the importance of political leadership and the capacity of the government in handling a sudden, large-scale crisis. Currently, almost all countries are suffering from this pandemic, but we can identify widely different patterns in the number of confirmed cases and death rates across countries.

Many variables may have affected these patterns, but we cannot deny that political factors including political leadership and the government’s coping strategies and policies have played a critical role in these variant outcomes. In particular, two countries, China and South Korea, stand out so far, because they have succeeded in flattening the coronavirus curve after the explosive growth of confirmed cases.

What is interesting is they have adopted widely different approaches.

China, which is an authoritarian, one-party system, adopted draconian measures, restricting free speech and free movement of people. They include censoring online websites, limiting the free circulation of information, and stopping the movement of people in 16 cities in Hubei province, where COVID-19 originated.

All the flights and trains were suspended, and highways were blocked. There is criticism that early warnings were ignored and repressed by the local authorities and they covered up the outbreak of this mysterious virus. Therefore, people could not get reliable and updated information on the spread of this virus at the early stages, and the central authority in Beijing was slow in responding to the crisis.

It is believed that all of this contributed to the development of COVID-19 into a global pandemic. Moreover, many people do not trust the data released by the Chinese government, and they believe the actual number of confirmed cases and deaths is much larger than the official one.

On the other hand, South Korea, which is an open, democratic system, succeeded in flattening the curve without lockdowns and blocking the movement of people. It was made possible because of the South Korean government’s preparedness, swift actions, massive tests, its effective public health system, contact tracing, and transparent reports, along with citizens’ cooperation in social distancing and wearing facial masks.

South Korea already experienced the outbreak of the Middle East Respiratory Syndrome in 2015 (38 people died at that time), and the South Korean government was better prepared than others. The authorities in Seoul knew the importance of prompt actions when it comes to the spread of infectious diseases. Right after the start of the outbreak, the government urged medical companies to make test kits for mass production. Because of this swift action, large-scale tests were possible for early detection within only a couple of weeks of the first identified case. Drive-through and walk-through stations were also set up to facilitate these massive and relatively quick tests.

The authorities in Seoul have also publicized all the information in relation to the epidemic openly and transparently.

It is also worth noting that South Korea has a nationalized medical system, which is relatively effective and speedy in the treatment of patients, and medical costs are very affordable. Moreover, a test of the coronavirus is free if there is recommendation from a doctor, and the treatment is free if the case is confirmed. This fact also encouraged people to go to clinics to get tested.

Additionally, health officials retrace patients' movements using credit card records and GPS data and send public messages to people to help them avoid the places where the patients visited (patients’ names are not publicized). Many Koreans support this system because they believe people's lives and safety are more important than private privacy in times of a health crisis.

The South Korean model is not perfect, and it is too early to tell because the coronavirus crisis is still in progress globally.

South Korea's main concern is the resurgence of confirmed cases due to the imported cases from foreign sources. In spite of this, the South Korean model can give many lessons to other (democratic) countries. But most democratic countries in North America and Europe chose massive lockdowns and shutting down their borders because of their failures in early and swift actions in addition to ineffective medical systems. For example, there are 11.5 hospital beds per 1,000 people in South Korea but only 2.8 in the U.S. and 3.2 in Italy.

Although there should be more systematic studies on this topic, at this moment it seems to be clear that the government's preparedness, swift actions, and transparency are keys to success in handling a sudden large-scale crisis. We also have to add effective and affordable public health services when it comes to addressing the spread of epidemics or pandemics.

Ji Young Choi is an associate professor of politics and government and director of East Asia studies.