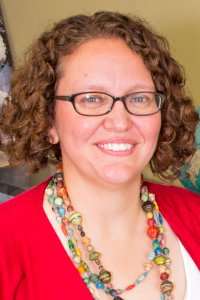 Associate Professor of Politics and Government

Ashley Biser teaches a wide range of political theory courses, including Democracy and Its Critics, Classical Issues in Political Theory, American Political Thought and Political Theory, Science and Technology. She also regularly teaches PG110, the introductory politics and government course, and she has led a Travel-Learning Course to Athens, Greece, to study theories of citizenship.

A member of Phi Beta Kappa, Biser received her B.A. from Mount Holyoke College, where she double majored in Politics and German Studies. She served as a Fellow in Genetics and the Law at the Council for Responsible Genetics in 2003 and was a pre-doctoral visiting scholar at Northwestern University from 2007–2008.

Beyond the academic setting, Professor Biser is the co-founder and Board member of Akili Dada, an international nonprofit organization that funds educational opportunities for young women in Kenya. In her free time, she enjoys rowing on the Scioto River.

Biser’s research interests are in contemporary political theory, focusing on the works of Hannah Arendt and Martin Heidegger.

She wrote her dissertation on the political implications of new reproductive and genetic technologies.