Multiple factors influence an organism’s performance in a given environment, including morphology and physiology. These factors have been well studied on their own, but it is not clear how they interact to influence performance. In this project, we will examine morphological and physiological factors and determine their influence on performance. We have constructed a racetrack to test individual lizards’ spring speed (a common indicator of performance) in a variety of conditions. We will be researching these morphological and physiological aspects in lizards from across an elevational gradient in their native range in France as well as invasive populations within southern Ohio. Data from both invasive and native populations will be compared to see if there are significant changes in morphology and physiology that can be attributed to the environment. 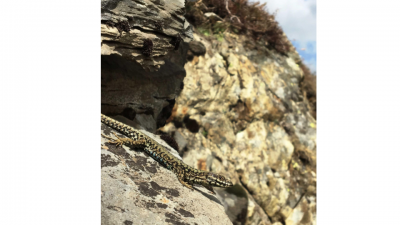 The common wall lizard, Podarcis muralis is a small generalist lacertid lizard distributed widely throughout Europe. In their native range, P. muralis inhabits a wide variety of habitats and is spread across a large variety of climactic and elevational conditions.

In the early 1950s, approximately 10 individual Podarcis muralis lizards were released in Cincinnati, Ohio. Today they have rapidly spread throughout Cincinnati and beyond, reaching parts of Kentucky and Indiana.

Physiology is a branch of biology that focuses on the activities and functions of life and living matter (like organs, tissues, or cells) within the physical and chemical environment. This is directly involved with performance because physiology affects energy availability, oxygen depletion, and endurance within Podarcis lizards.

For our experiment, we will focus on three blood markers found within the lizards: corticosterone, glucose, and triglyceride.

Corticosterone is a common measure of stress, while glucose and triglyceride are metabolized to create energy. We will also be measuring these concentrations of blood markers at high and low elevations. The higher the elevation, the less oxygen there is present for organisms, which can be vital to many physiological systems. With the collected information, we will look at:

While focusing on the speed of lizards on the racetrack, we will also focus on their endurance. Multiple tests will be performed on lizards to measure the endurance of represented low and high elevated populations. We will be able to look at stress and determine if this has an effect on a lizard's energy storage and metabolism. Elevations will also show whether lower amounts of oxygen correlate to higher levels of stress and lower amounts of available energy.

Morphology is a branch of biology that studies the form and structure of living things. Morphology directly relates to performance because the structure of an organism's body determines how effectively an organism moves and carries out tasks in its environment.

For our experiment, we will collect various morphological measurements. Those will include:

After measuring these characteristics, we will run the lizards on the racetrack to determine their sprint speed. Sprint speed will be measured on different substrates: cork bark, artificial grass, and sandpaper. This is to mimic various substrates that Podarcis muralis could come in contact with within the environment.

After we have tested their sprint performance, we will investigate another aspect of their morphology. 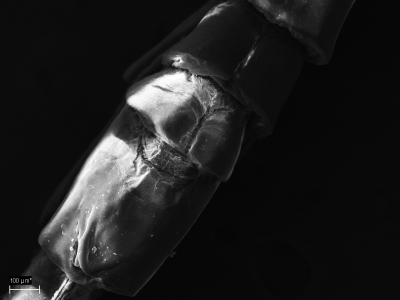 We will be studying their toepads under the Scanning Electron Microscope (SEM) to determine if there are any microstructures that could affect performance. This idea has been studied in detail in anole (Anolis) lizards in efforts to better understand their unique toepads, which allow them to vertically walk up glass and other smooth surfaces. It has not, however, been studied extensively in terrestrial lizards. This part of the project is very exploratory and novel, so we're not sure which aspects of the toe microstructure influence performance

Physiology and morphology both influence an organism's performance in a given 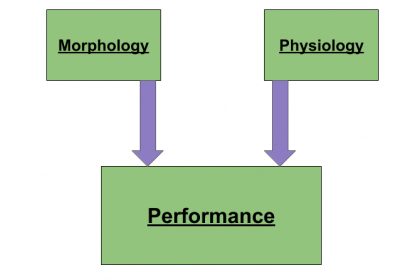 environment. Both of these mechanisms have been well studied on their own, but it is unclear how they interact to influence performance. Through the methods stated previously, we will measure both morphology and physiology and relate those findings to locomotor performance. 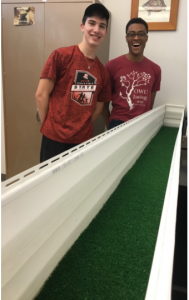 We will measure performance in terms of sprint speed. To do that, we have constructed a 2-meter long racetrack outfitted with IR sensors to accurately determine sprint speed. This racetrack was designed to have interchangeable substrates, so as to test sprint speed and endurance on a variety of substrates. The chosen substrates are artificial grass, cork bark, and sandpaper. This was to mimic various substrates that Podarcis muralis could come in contact with within the environment.

over the completion of their racetrack!

We would like to thank Dr.L. Tuhela-Reuning and C. Babbs for help with the SEM, Dr. R. Carreno for help with toe preservation, Dr. D. Reichard for the blood kits, Ohio Wesleyan TPG Committee for giving us this incredible research opportunity.

SEM Images of a Lizard Toe

We took multiple SEM images of a lizard toe to look for the presence of any microstructures that could possibly influence locomotor capabilities.

Junction of Claw and Toe