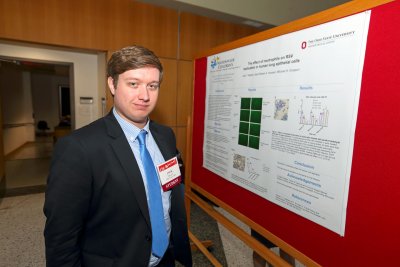 Asthma is an incurable disease that lasts for life and affects eight percent of people around the world. Recent evidence suggests that early respiratory infections are a key factor in children developing asthma. The virus that is referenced the most to be causing these infections is respiratory syncytial virus (RSV). The objective in this project is to determine if neutrophils are causing inhibition of viral replication. Previous transgenic mouse experiments done in our lab with asthmatic mice suggested neutrophils may play a role in inhibitor of asthma like symptoms following viral infection. However, we did not see a significant reduction in viral replication. The objective of this project is to observe if neutrophils have an effect on viral replication. The experiments done for this project were all done in vitro using A549 cells and these cells are immortalized lung epithelial cells. The rational for performing in vitro studies was to determine the role of neutrophils on lung epithelial cells following viral infection without any other immunological interference. The strain of RSV being used has a GFP (green fluorescent protein) inserted into its genome. This allowed easy observation of viral replication when observed under a fluorescence microscope. Neutrophils were enriched from human peripheral blood. Live and inactivated neutrophils were tested for the effect on viral replication. What was found went against the hypothesis and the data showed neutrophils inhibit viral replication. However, the enriched neutrophils population had other cell types. Therefore, further experiments are being done to confirm if pure neutrophils are responsible for the current results.

Recent experiments show that early viral infections are important in children developing asthma. The virus that is most responsible for causing these infections is called respiratory syncytial virus (RSV). This experiment aims to see if a type of white blood cell called a neutrophil is important in suppressing RSV from spreading in its host.