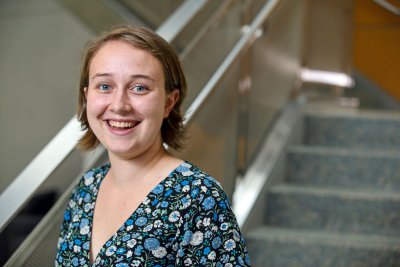 Typically, a formal feedback analysis of climate processes produces numerical values, called feedback factors, which quantify the global or local effect of a feedback process. These are derived from a comparison of the equilibrium surface temperature responses to an applied forcing, with and without the feedback process active. However, these feedback factors are sensitive to the shape of the applied forcing. In this study, we investigate a newer, matrix-based approach to feedback analysis using ideas proposed by V. Alexeev and C. Jackson, which allows for a forcing-independent representation of a feedback’s local and non-local effects. We test the validity of this new approach, using it to analyze ice albedo and water vapor feedbacks within a globally resolved energy balance model developed by D. Dommenget and J. Flöter. We demonstrate that feedback matrices fully generalize standard feedback factors, in that the latter can be derived from the former, while retaining several standard identities, including the additivity of feedback factors. Finally, we discuss the ways in which this matrix-based approach provides new insights for understanding both the local and non-local effects of climate feedback processes by encoding the extent to which non-local changes in surface temperature are integrated by the feedback process to shape the local temperature anomaly.

In the Earth climate system there are a number of important feedback processes, which are geophysical sub-systems of the climate that act to amplify or dampen the temperature change in response to forcing (for example, an increase in atmospheric carbon dioxide).  Two feedback processes of interest are the ice albedo and water vapor feedbacks, which are both positive feedbacks, meaning they tend to amplify the change in surface temperature response to forcing. Our project investigates a new method of quantifying the effects of climate feedback processes, as opposed to the standard approach, which derives single numerical values that quantify the overall global or local effects of a feedback process. In our study, we seek to validate a new matrix-based method of feedback analysis using ideas proposed by V. Alexeev and C. Jackson, which is independent of the applied forcing, accounts for both the local and non-local effects of a feedback process, preserves most nice properties of the standard method, and which can lead to new insights for understanding both the local and non-local effects of climate feedback processes.