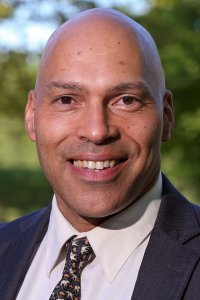 Dr. Brian Granger is a musical theatre book writer, playwright, theatre scholar, singer-songwriter, and actor/director whose works are an ongoing exploration of how we treat one another across lines of race, gender and class. His academic interests include North American ethnic playwrights and musical theatre, particularly Africana musicals on Broadway. He holds degrees from Kenyon College (B.A.), The Ohio State University (M.F.A.), and the University of California, Santa Barbara (PhD). He remains particularly proud of his second M.F.A. in musical theatre writing from NYU/Tisch School of the Arts, where he studied under some of the nation’s greatest living (and Tony Award-winning) musical creators.

Some of his works for the stage include:

Granger's book is Parker, Lopez, and Stone's The Book of Mormon, a critical but non-specialist-friendly analysis of the hit Broadway musical (Routledge, 2019).