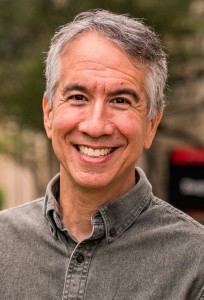 Ed Kahn works at the intersections of theater history, theory, and artistic practice, creating classes and experiences that investigate how form, content, and technique communicate truths to audiences, often in the context of culture or political and social concerns. His essays have been published in ATHE’s Theatre Journal, ASTR’s Theatre Survey, and the Japan Studies Association Journal, and he has directed more than thirty productions.

More about Ed can be found on his website: EdwardKahn.com