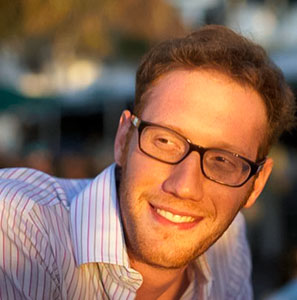 Karl Pedersen joined the Columbus Symphony as principal viola at the start of the 2011-12 season.  He joined the Chautauqua Symphony Orchestra during the summer of 2015.  Previously Karl was rotating principal of the New World Symphony in Miami and was principal viola of the Breckenridge Music Festival.  During the 2014/2015 season, he played the solo parts to Don Quixote with the Columbus Symphony and Mozart’s Sinfonia Concertante with the New Albany Symphony.  He has recorded and performed with the Kansas City Symphony, and performed with the Virginia and Richmond Symphonies.  Born in Kansas City Missouri, he studied with Christine Rutledge at the University of Iowa and received his degree at the Peabody Institute of Johns Hopkins University as a student of Victoria Chiang and Stephen Wyrczynski.
Previously he was a member of the Merdian String Quartet, which had residencies at the Strings Music Festival in Steamboat Springs, CO.  He is presently a member of the chamber ensemble 614 Music.
Outside the US, he has performed in France, Spain and the Dominican Republic.  He has also appeared on stage performing before speeches by Colin Powell and Oprah.  In 2005 and 2006 he was awarded the Peabody Career Development Grant.  His chamber music performances can be heard on Performance Today on Public Radio.  He is currently on the faculty at Ohio Wesleyan University.  Karl has taught a series of masterclasses at the Ohio State University.  He has been selected to perform for the American Viola Society Festival in 2016 at Oberlin.  This spring he will play the Bartok Viola Concerto with the Columbus Symphony's youth orchestra.  Karl is presently a featured in a Greater Columbus Arts Council campaign "Stories behind the Art, Columbus makes Art" featuring local artists in the community.