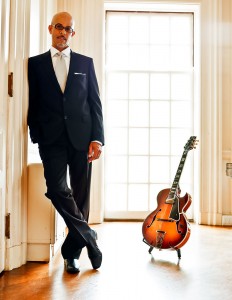 As part of my duties at Ohio Wesleyan University, I am responsible for directing the Park Avenue Jazz Ensemble, applied guitar for majors and non-majors and direct the guitar ensemble.

Columbus, Ohio native Kevin Turner is a professional musician and educator. He began playing the guitar at age 9 and began his professional career at age 16 as a member of the Hank Marr Trio. Turner has performed and recorded with many artists as both a guitarist and bassist. Over the years he has performed with a host of recording and/or performing artists that include Ray Charles, Kirk Whalum, Oleta Adams, Lalah Hathaway, Diane Schuur Dr. John.

During his high school years, Turner attended Columbus’ Fort Hayes Career Center where he studied instrumental music. He holds a bachelor's degree in jazz studies from The Ohio State University and a master's degree in music education from the University of Illinois. Turner has taught on the university level at both Ohio State and the University of Illinois. Additionally, he has taught at Fort Hayes Metropolitan High School for the Performing Arts (Columbus) and in the Champaign (Illinois) Unit 4 School District. For 14 years in the CUSD Turner taught orchestra/strings (grades 4-12) as well as beginning guitar, and directed jazz bands.

Turner released his award-winning and Stellar-nominated gospel jazz CD entitled HIM in October 2005. He has published two textbooks in 2014 - Beginning Guitar Class: A Semester Study and The Rhythm Section Quick Guide: The ABCs of Playing in a Jazz Band. Currently, Turner tours with Grammy award-winning jazz saxophonist Kirk and conducts and arranges for the orchestra at his church, New Salem Baptist Church.

Turner is the husband of Ohio State accounting faculty member Cynthia Turner, and the father of 3 children - Julien, Justen, and Kia. 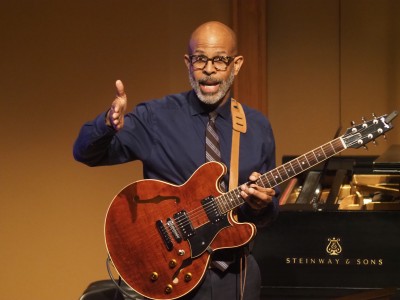