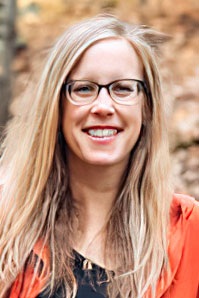 Meghan McDonnell Anderson graduated from the Ohio State University with a major in music education, focusing on both instrumental and general music education. She studied trombone under Joe Duchi, played in concert and jazz bands, and also sang with the Women’s Glee and Mastersingers choirs. She also attended Capital University, where she earned a Master’s in Music Education and Kódaly certification, and also had the opportunity to conduct the Columbus Children’s Choir. She also has a TESOL endorsement from the University of Cincinnati.

Ms. Anderson has previously taught general music and band at Delaware St. Mary’s School and Trinity School in Grandview. For the last 21 years she has taught K–5 general music, band, and choir in the Olentangy Local School District. She has had the pleasure of working with many student teachers and field experience teachers from OWU’s music education program and is in her fourth year as an instructor at Ohio Wesleyan.