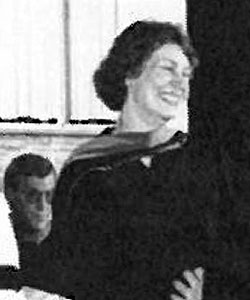 Louise Musser grew up in Fredonia, New York, a small town that featured an elementary school with a principal who also taught first grade. This fact is notable because Louise’s teaching talents were affirmed at a young age. When the principal needed to attend to her administrative duties, sixth-grader Louise was tapped to teach her first grade class. Louise went on to major in Elementary Education and minor in English at Baldwin Wallace College, graduating cum laude in 1964. She subsequently received her M.Ed. and Ph.D. degrees from the University of Virginia, specializing in Educational Psychology, Social and Philosophical Foundations of Education, Gifted Education, and Educational Research. Louise taught fourth- and fifth-grade children in Arlington, Virginia, and worked with a program for gifted students. During her tenure at the University of Virginia, she served as Assistant Dean of Women and Acting Dean of Women. Additionally, she was Editor-In-Chief of the Virginia Education Review. She also met and subsequently married her husband, Joe.

Louise taught for several years at the University of Kentucky (where Ohio’s current Governor Ted Strickland and his wife, Frances, were among her students) before joining the Ohio Wesleyan faculty in 1978 as Assistant Professor of Education. Her major responsibilities as a faculty member were teaching the introductory Role of the School in the Social Order and Educational Psychology courses to students in all licensure areas. She also coordinated the Elementary Education licensure program and taught these students children’s literature and methods for teaching math and science. Additionally, Louise supervised student teachers and, most notably, pioneered the implementation of field experiences in education methods courses, an innovation for her era. As a teacher, Louise was known as rigorous, calm, fair, and knowledgeable. Although she had an elegant, dignified demeanor, she was not above cracking an occasional joke when the class topic warranted humor. Students sensed her passion for educational psychology, in particular, and consistently felt well prepared upon completing her courses. Louise was recognized for her commitment to students and skill in teaching when she received the 1991 Bishop Herbert Welch Meritorious Teaching Award from Ohio Wesleyan.

In 1983, Louise was named Chairperson and Certification Officer of Ohio Wesleyan’s Education Department. She was a dedicated, effective leader, and did much to enhance the department’s reputation with her University colleagues as well as with the wider Delaware community. She also led the Education Department’s successful State of Ohio accreditation efforts. Louise’s leadership abilities were so respected that she was asked to lead the University’s North Central Accreditation process. Her subsequent successful completion of this task led to her appointment as Associate Dean of Academic Affairs.

As Dean, Louise was responsible for coordinating the many and varied aspects of Ohio Wesleyan’s academic program. For example, she worked closely with several committees, particularly the Academic Policy Committee, to review the curriculum and recommend revisions. Louise was then responsible for coordinating the implementation of any changes and monitoring their effectiveness. Some of the most transformative changes Louise successfully shepherded include the Quantitative Reasoning (“Q”) and Cultural Diversity requirements. In addition she was responsible for overseeing the National Colloquium and guiding it through numerous revisions. She initiated the Assessment Program, which has become a crucial requirement for the university’s accreditation. She also co-founded the OWjL program, an innovative summer camp experience for gifted middle school students. Additionally, Louise coordinated a second successful North Central Accreditation process in 1999. She was named a Consultant-Evaluator for the Higher Learning Commission of the North Central Association, evaluating the academic programs of colleges across the country. Her competent service on this Commission led to her appointment in 2005 to the Accreditation Review Council of the Higher Learning Commission of the North Central Accreditation Association.

As Dean, Louise was universally regarded as a consummate professional who performed her duties competently and efficiently. People with whom she worked described her as meticulous, well-prepared, diligent, and a person devoted to fulfilling her responsibilities with grace and integrity. In difficult situations she demonstrated sensitivity, fairness, and a non-confrontational attitude, while also maintaining the integrity of her own position on the issue in question. She was tactful yet firm in dealing with both faculty and student complaints. No detail escaped the well-organized filing system in her head and thus she could always be counted on to present a thoughtful report on all the relevant issues when a problem needed to be addressed.

Louise’s scholarly work focused on the study of Native American folklore and the identification of gifted children in underrepresented populations. She presented papers on these topics at national and state meetings and also published scholarly articles in a number of refereed journals. Additionally, she was frequently asked to serve on critique committees reviewing elementary education teacher preparation programs across the state of Ohio.

Louise will pursue new intellectual interests as she begins her retirement. We wish her well.

Written by Amy A. McClure, Ph.D., Chair, Department of Education