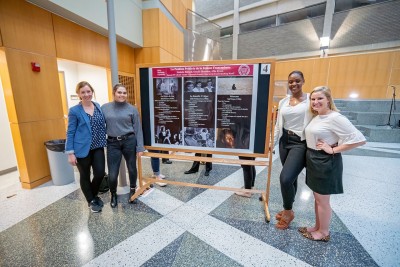 The representation of women in francophone films is a concern because of the relationship it has with women and their portrayal of characters in film. When reviewing the films, Bataille D’Algiers, Mossane, Règle du Jeu, and Le Genou de Claire, we have found several different portrayals of women that have either challenged or confirmed stereotypes of women in cinema and in their everyday lives. Some of these movies emphasize on characteristics that marginalize women while others portray the importance of women in cinema. Without these women , the story would’ve been changed or would not have had the same effect on its’ audience. After reviewing these films, we have found that women are often portrayed very generically unless there is a viewpoint being questioned. We believe that the lead women in these films serve a greater importance in disputing women’s general roles in film and provoking greater interest in having them represent higher quality characters with more important plot lines.