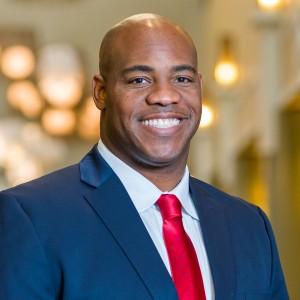 Anton J. Gunn knows what it takes to engage, act and have impact at the highest level. Building on his extensive experience in healthcare, government, politics, athletics and Hip Hop, Anton has become one of America’s ‘Top Gun’ leaders in the fast-changing 21st century. He has worked with hundreds of leaders including nonprofit executives, healthcare professionals, professional athletes, music artists, entrepreneurs, CEOs, elected officials and even the President of the United States of America. He offers them impactful insights, interesting perspectives and innovative solutions to their daily leadership challenges. Anton has spoken more than 1000 times in the last seven years to audiences worldwide, showing individuals and organizations how to develop leadership, embrace change, improve communication and thrive in diversity.

Anton is former state legislator and federal policymaker playing a leadership role in many important issues. Previously, he served as one of President Barack Obama’s top spokesmen on the Affordable Care Act. Anton helped the President and Health and Human Services Secretary, Kathleen Sebelius, deliver critical information during one of the most disruptive and transformational times in United States history. Anton also served as a member of the South Carolina House of Representatives from 2009-2011, becoming the first African American in South Carolina history to represent House District 79.

Anton is also a victim of Al-Qaeda’s terrorism against the United States of America. His younger brother, Signalman Seaman Cherone L. Gunn was killed in the Al-Qaeda terrorist attack on the USS Cole on October 12, 2000. As a Gold Star Brother, Anton has been a powerful speaker on the impact of terrorism on his life. He shares the significance of this terrorist attack and the leadership legacy of service inspired by his brother’s ultimate sacrifice in the United States Navy.

Anton has an extensive track record in the media, including appearances in the Los Angeles Times, Wall Street Journal, The Source Magazine, Hospitals & Health Networks Magazine, The New Yorker, and Jet Magazine. He also has appeared on ABC’s Good Morning America, CBS Evening News, MSNBC Live, TV One, and CNN’s The Situation Room. His leadership role in Barack Obama’s campaign for president has been documented in numerous publications including Time Magazine, The American Prospect, and the 2010 biography, The Bridge: The Life and Rise of Barack Obama by David Remnick. In 2012, Anton was recognized in the Huffington Post as one of the Top 50 Progressive Activists Who Are Changing America.

He has lectured at more than three dozen colleges and universities including Harvard Law School, Harvard Kennedy School of Government and the Harvard T.H. Chan School of Public Health. He has served as a commencement speaker at Paine College, Morris Brown College and Florida A&M University. Anton is also former adjunct faculty member at the University of South Carolina and has been appointed board member to several state and national organizations.

In addition to his work as a keynote speaker and healthcare reform expert, Anton is the author of The Audacity of Leadership: 10 Essentials to Becoming a Transformative Leader in the 21st Century, a leadership book giving readers practical, proven and easy-to-implement leadership ideas to improve their professional and personal lives.

He is a member of the American College of Healthcare Executives, National Speakers Association, the Aspen Institute’s Aspen Global Leadership Network and Kappa Alpha Psi Fraternity, Inc. Anton resides in Charleston, SC, and is married to Tiffany Johnson-Gunn and they have a 12-year-old daughter, Ashley.