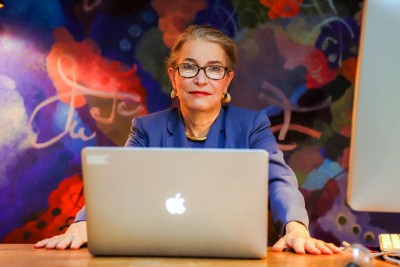 Dr. Lise Van Susteren, a practicing general and forensic psychiatrist in Washington, D.C., is an expert on the physical and mental health effects of climate change.

In 2011 she co-authored “The Psychological Effects of Climate Warming on the U.S. – Why the U.S. Mental Health System Is Not Prepared.”

Dr. Van Susteren has served as a Clinical Professor of Psychiatry at Georgetown University and has been a consultant to the Executive Branch of the U.S. Government profiling world leaders.

After receiving her medical degree from the University of Paris, she practiced medicine in West Africa, at community health centers and homeless shelters in metropolitan Washington, D.C.

In addition to community organizing on climate issues, Dr. Van Susteren serves on the Advisory Board of the Center for Health and the Global Environment at the Harvard School of Public Health, Earth Day Network, and is co-founder of “Climate Psychiatry Alliance,” a professional group dedicated to promoting awareness and action on climate from a mental health perspective.

She is a frequent contributor on television, radio, and in the print media.

In 2006 Dr. Van Susteren sought the Democratic nomination for the U.S. Senate from Maryland.

Dr. Van Susteren was among the proud “first 50” to be trained by Vice President Al Gore at the Climate Project In Nashville.