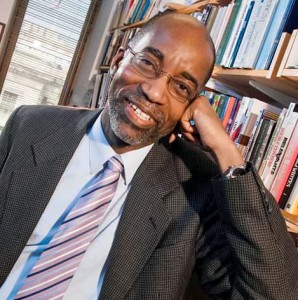 Dr. Williams is an internationally recognized authority on social influences on health. He has been invited to keynote scientific conferences in Europe, Africa, Australia, the Middle East, South America and across the United States. The author of more than 400 scientific papers, his research has enhanced our understanding of the complex ways in which socioeconomic status, race, stress, racism, health behavior and religious involvement can affect health. The Everyday Discrimination Scale that he developed is one of the most widely used measures of discrimination in health studies.

He has received numerous honors and awards. In 2001, he was elected to the National Academy of Medicine and in 2007 to the American Academy of Arts and Sciences. He was the first non-white scholar to receive the Leo G. Reeder Award from the American Sociological Association. He has also received the Stephen Smith Award for Distinguished Contributions in Public Health from the New York Academy of Medicine and an inaugural Decade of Behavior Research Award. He was ranked as one of the top 10 Most Cited Social Scientists in the world in 2005 and as the Most Cited Black Scholar in the Social Sciences in 2008. In 2014, Thomson Reuters ranked him as one of the World’s Most Influential Scientific Minds.

With funding from the National Institutes of Health and the sponsorship of the World Health Organization, Dr. Williams directed the South African Stress and Health Study, the first nationally representative study of the prevalence and correlates of mental disorders in sub-Sahara Africa. He has also worked on ethnic inequities with the Toronto Public Health Department, the National Health Service in the U.K. and the Pan American Health Organization.

Dr. Williams has been involved in the development of health policy at the national level in the U.S. He has served on the National Committee on Vital and Health Statistics and on eight committees for the National Academy of Medicine, including the committee that produced the Unequal Treatment report. He also served as a member of the MacArthur Foundation’s Research Network on Socioeconomic Status and Health. Dr. Williams has played a visible, national leadership role in raising awareness levels of the problem of health inequalities and identifying interventions to address them. This includes his service as the staff director of the Robert Wood Johnson Foundation’s Commission to Build a Healthier America and as a key scientific advisor to the award-winning PBS film series, Unnatural Causes: Is Inequality Making Us Sick? He or his research has been featured by some of the nation’s top print and television news organizations.